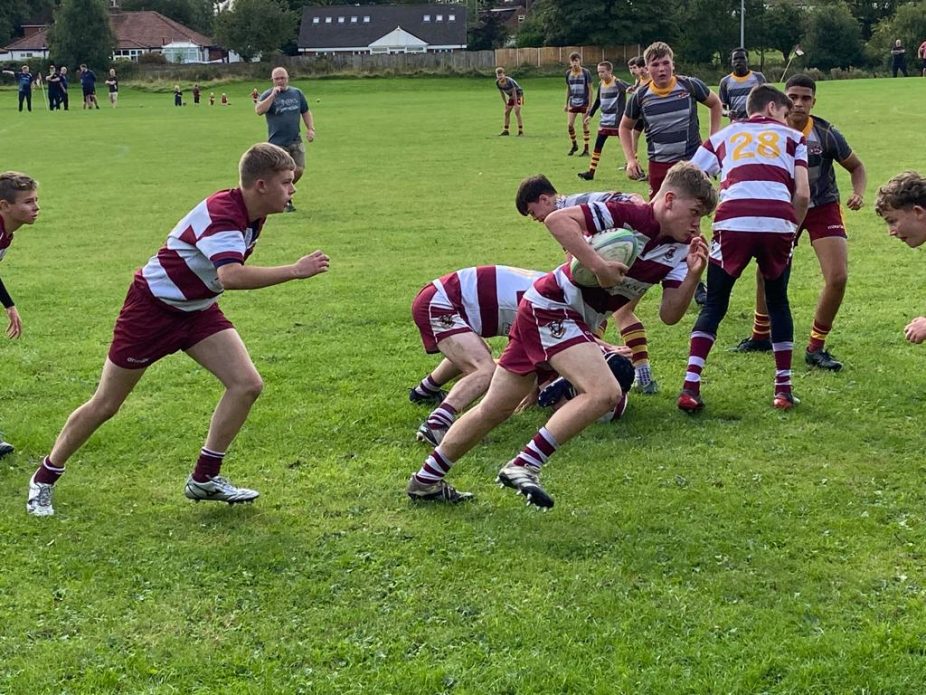 A lovely sunny morning at home saw us welcome Sedgley to the Hill Pitch. Our last game away at theirs saw the loss of Alex to a back injury and Charlie to whiplash, so we were hoping for a more positive outcome, coupled with the raised expectations set by our impressive performance at Bolton the previous week.

Both sides came together for a well observed and respectful minutes silence to reflect on the passing of Her Majesty Queen Elizabeth II the preceding Thursday.

The game kicked off, and the usual testing of defenses and attackers saw the ball oscillate between Rochdale and Sedgley possession with neither finding any particular opening. Our line shape was shallow, and the up-beat tempo we had used to such good effect last week seemed to be missing. Sadly, after just 11 minutes Ben Foster went leg on leg with a Sedgley player whilst trying to deliver a clearance kick from within our 5 metre area, and he was off injured for the remainder.

The remainder of the first half can be summed up as follows – reasonable defense from Rochdale, repeated Rochdale penalties conceded for not releasing the ball on the ground, and Sedgley not able to turn their field position into points. In the dying minutes of the first half Sedgley finally made their territory and possession count and crossed the line for an unconverted try 5-0.

In truth Rochdale were lucky to be down such a small margin, but a positive half-time reappraisal of what was going wrong saw us witness the old sporting cliche, “a game of 2 halves”! A huge change in intensity and a much faster ball out into the line almost paid immediate dividends. A spread of the ball from touch line to touch line saw Ethan driven into touch just shy of the line. From the restart the ball was quickly won back and from a resulting penalty, Jethro charged over to level the scores and Adam added the conversion without issue, 7-5 Rochdale..

We then went from strength to strength. Phases of play built, Sedgley conceded two penalties and a solid forward drive opened the space for the ball to spin down the line and give Dan Taylor the space to power his way through a challenge and over the line. 12-5

From the restart we retained possession well and after a superb direct run up the pitch from Cameron and Ethan, a moment of magic from Ben Leaver saw him slice through the middle of their back line and surge over the line to score, with the conversion taking us to 19-5. The dominance continued with a number of probing runs before finally a superb carry from Charlie infield opened up a channel for the offload to Dan who flew round the side along the touchline to carry the ball over the line and loop back to touch down under the posts. A simple conversion and we were at 26-5.

The final flourish was from Adam who having tried a chip through earlier in the half and found it blocked, made no mistake the second time, and spotting space behind his opposite mark, gave an exquisite chip kick to chase round, gather and score a proper highlight reel try which he then went on to convert. 33-5.

Plenty to work on before our first Cup game next Sunday, but the deserved Man of the Match was Cameron who had been tireless in both attack and defense in both halves and represented the very best of our team play all morning. The season continues to be a very enjoyable one!