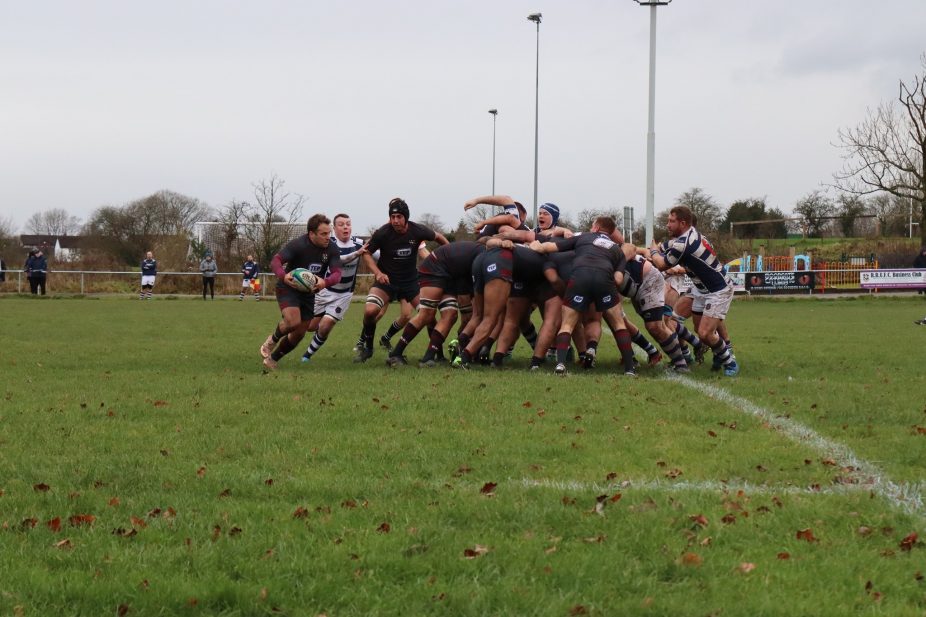 On the day Dale centre Ollie Coldman celebrated his 30th, birthday Dale celebrated their twelfth win in a row keeping them top of the division. On a rainy and blustery afternoon at Moorgate Avenue newly promoted Eccles came to spoil the party in what promised to be a tasty encounter. Sean Needham was back for the home side, Gui de Sousa continued in the second row for injured Tom Helliwell.

Dale started with all guns blazing and after winning a scrum on the Eccles 22 Harry Hayes broke from the back, evaded two tackles and passed inside to fly half Nick Ahearn who crossed the line for the opening try, Ahearn converted 7-0 with only 8 minutes on the clock.

Dale were soon back on the attack as Ahearn linked well with full back James Duffy who broke through the tackle only to lose the ball forward. Eccles responded well and when they broke wide on the right only a fine tackle by Jackson Kelly stopped the move on half way. With play soon back in the visitors half constant pressure by Tom Hindle, Harry Hayes and Sean Needham had the Eccles pack reeling, a scrum on the 5 metre line saw Hayes again crash through only to be tackled on the line the ball popped up and there was Needham to touch down, Ahearn adding the extras. 14-0 on the half hour and Dale appeared to be cruising, but a series of penalties saw Eccles on the Dale 22 and when a further offside call went against them Dale gave a kicking chance to Eccles captain James Wright in front of the posts 14-3.

From the kick off Dale were soon in trouble again when Needham was penalized for a high tackle , the kick went to the Dale 22 and only some desperate defence from Hayes and Hindle held the visitors. Dale were next on the score sheet when scrum half Travis Townsend was tackled high and up stepped Ahearn to punish the visitors and make it 17-3 going into half time.

With Eccles down to 13 men and Dale to 14 something had to give and it was Eccles who were given a chance at goal following another high tackle in front of the Dale posts but from only 20m out with no wind the kicker missed which proved a real let off for Dale. But it was the visitors to score next as they battled to within 5 metres of the Dale posts only great tackling by Needham held them but finally they crossed by the posts for a converted try 17-10. The game was still at boiling point when a Dale penalty on half way saw Ahearn plant the kick in the corner and from the line out Dale moved the ball well to score in the corner Ahearn missed the conversion so with 10 minutes to go Dale led 22-10. There was time for one last yellow card against Dale the referees note book must have been bursting, Eccles had a last effort held on the Dale 5 metre line once again stalwart defending held out the gallant visitors. 22-10 final score.

A good win but no bonus point great performances by Harry Hayes and Sean Needham especially, coach Danny Collins will not be happy with the discipline on the day. Next Saturday Dale visit top of the table rivals Glossop in what promises to be their sternest test yet.