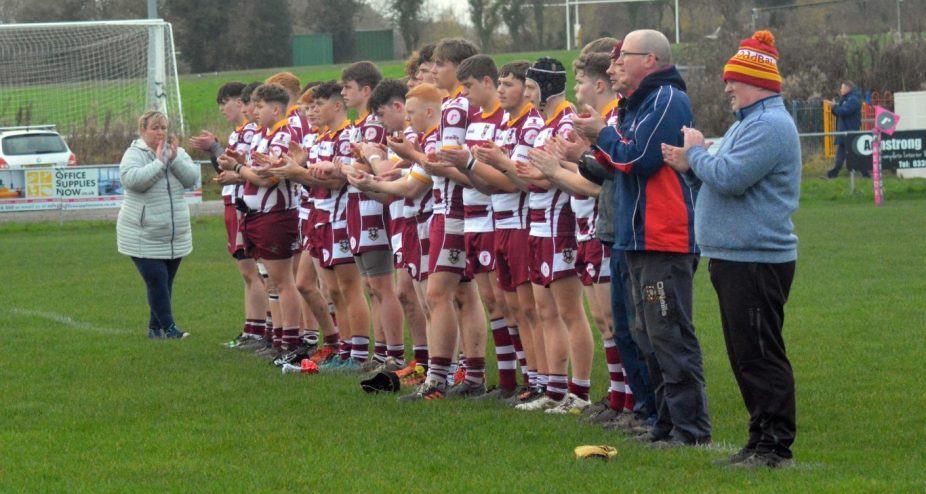 Rochdale Senior Colts 17-7 Stockport Senior Colts
SUNDAY 27TH NOVEMBER 2022
Rochdale were pleased to welcome Stockport Senior Colts on Sunday for the first game of the Conference A League. Stockport had inflicted a heavy defeat on Rochdale earlier in the season and the home side were in no mood for a repeat dose. Straight from the off Rochdale went on the attack. Defences are very strong in the top league and Stockport survived the initial onslaught. Further sustained pressure from Rochdale led to a penalty ten meters from the visitors’ line. Scrum-half Zac Baker was first to react, taking the quick tap and stepping a couple of defenders before reaching out to score (5-0).

Stockport finally got into the game with some good handling and strong carries from their forwards. Rochdale’s forwards were dominating the scrums and gaining yardage with driven mauls. Stockport were having success with moving the ball wide. Stockport have to be commended for wrestling the initiative back and scored after some good pick and drives close to the home-side’s line (5-7). Stockport were growing in confidence now and exerted sustained pressure on the Rochdale line for the remainder of the half. However, the Rochdale defence was immense and refused to cede, leaving the game perfectly poised for a thrilling second half.

Rochdale started the second half in dominant fashion. The forwards were again making the hard yards but now the backs were showing their attacking skills with Tom Hesketh, Mitch Holt and Alex Dowd all getting across the gain line. More pressure on the Stockport line, with strong carries from Garrett Myers, Jacob Jackson, Olly Mills and Paddy O’Loughlin, narrowed the defence and allowed the ball to be moved wide where Hesketh had time to gather the ball before stepping inside his opposite number and racing in for the score (10-7).

Rochdale were now in the ascendancy and, but for a few sorties into the home team’s half, Stockport were pinned back. However, against sides of Stockport’s quality, a three-point lead is never enough and Rochdale were now pressing for the decisive score which duly came. From a ruck just inside the Stockport half, Ben Sunderland collected the ball and arced his run to the outside and got between two defenders. It was now a foot race with the defensive full-back for the corner. They met on the line and Sunderland was able to ground the ball in the contact (17-7).

There was still time for Stockport to launch a sustained attack on the Rochdale line but, with the clock running down, they became a little desperate and their discipline escaped them and gave Rochdale the opportunity to clear their lines with penalty kicks.

All-in-all a really entertaining and competitive game. Rochdale’s defence and discipline across the whole team were the main factors but again it was the Rochdale pack that provided the platform for victory. The MoTM could have gone to any of the forwards with Mills and Myers both displaying a relentless appetite for work, the former taking the award on this occasion.

Prior to the game the two teams and supporters observed a minute’s applause in tribute to the late Doddie Weir, an absolute rugby legend and tireless campaigner for MND. Thank you to Dave Richardson for arranging a collection in his memory, £175 was donated to the My Name’5 Doddie Foundation.