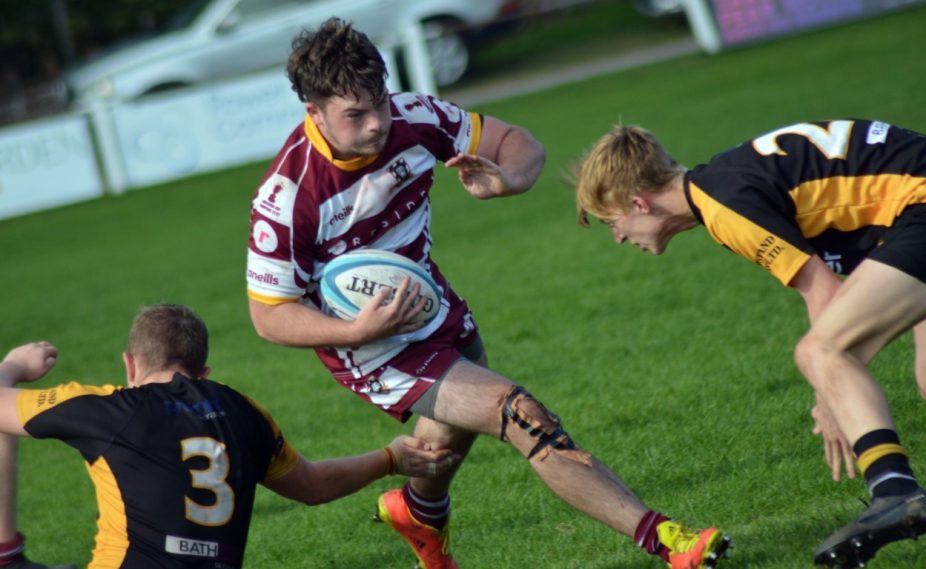 Caldy Senior Colts 21-12 Rochdale Senior Colts
SUNDAY 2ND OCTOBER 2022
Rochdale travelled to Caldy on the Wirral Peninsula for their next league game and were expecting another hard-fought encounter. On an ideal day for open running rugby, both teams set about their business straight from the off. Rochdale were playing into the stiff breeze and were pinned into their half for long periods but when they did escape, they were creating chances and putting the home team under pressure with quick ruck ball and strong running from the back field.

Rochdale scored first after some good forward drives led by Olly Mills, Garrett Myers and Jacob Jackson. The ball was transferred quickly left where Ben Haigh drew the defender and put Ben Kershaw through the gap. Kershaw shrugged off a couple of would-be tacklers and sprinted in from 20m out (0-5).

Rochdale were unable to clear their lines from the restart and Caldy again applied the pressure. Their forward pack was beginning to get the upper hand in the scrums and this was providing the backs with plenty of ball. With scrum dominance, Caldy’s first line of attack was to try and batter through the Rochdale pack. After a succession of line drives were repelled by the Rochdale forwards, Caldy eventually crossed the line with a backs’ move that put their centre in under the post (7-5).

Caldy were immediately back on the attack and again trying to smash through the visitors pack. Rochdale put in a massive defensive effort on their own line resulting in a crucial turn over. Straight from this phase Rochdale went on the attack, moving the ball across their own goal line until Haigh made the break. Again he drew the defender and put Kershaw into space as he crossed thehalf way . Kershaw chipped the fullback, out-jumped several challengers, before regathering and accelerating away to score near the posts for the final play of the first half (7-12) and a big boost for Rochdale.

Myers caught the restart and beat a couple of defenders, offloaded to Mills who made ground before offloading to Jackson. Jackson powered through but was dragged down just meters from the line. Rochdale were awarded a penalty and tried to play through the forwards. However, Caldy’s defence was solid and they were able to regroup and neutralise the attack.

Caldy were again able to control the game through their forwards and intelligent game management by their Number 10 kept them in the right areas of the field, allowing them to narrow the gap with a penalty (10-12). Caldy’s collective dominance upfront started to provide a supply of penalties and eventually Rochdale were reduced to 14 players after a yellow card for persistent infringements. This proved crucial as, from the next lineout drive, Caldy made the extra forward count and drove Rochdale over their own line to register their second try (15-12).

Rochdale should have used the breeze in the second half to exit their own half but persisted with open rugby. Caldy, having taken the lead, were happy to wait for the visitors’ mistakes and capitalise on the field position conceded. This resulted in Rochdale being under constant pressure and, although they kept their line intact, Caldy took advantage through the boot of their fly half who converted a couple more penalties to put Caldy into a safe place (21-12).

Rochdale kept up the fight and had a couple more opportunities to register a score but Caldy’s defence was up to the challenge and the match finished 21-12. This is the hard-nosed rugby of the top league and Rochdale may need to keep the scoreboard ticking over and take the points on offer from kickable penalties.

There were good performances across the board notably from Zac Baker who was lively at scrum half and Ben Sunderland who stood out against a dominant pack. Man of the Match went to Mills who’s direct running and aggressive defence provided Rochdale with lots of momentum at the breakdowns.