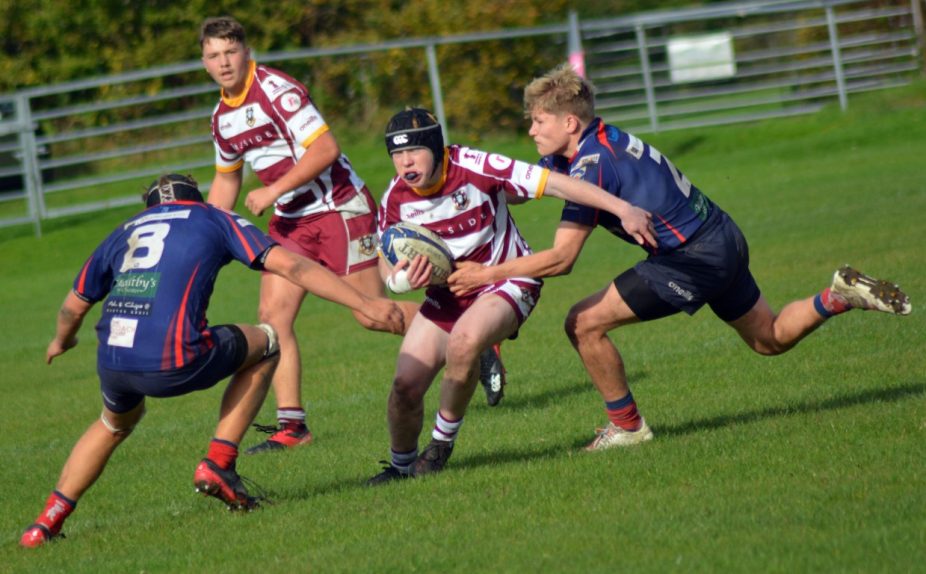 Rochdale Senior Colts 21-5 Chester Senior Colts
SUNDAY 9TH OCTOBER 2022
With the preliminary league coming to a conclusion, Rochdale Senior Colts needed a win to ensure they would remain in the top flight for the Conference League post-Christmas. Rochdale entertained Chester at Moorgate Avenue, another team looking for a victory to guarantee their league status.

With the sun shining and the ground firm, Rochdale chose to play with the wind in the first half. Both teams were looking to assert themselves and it was Chester who created the first opportunity. Moving the ball along the back line, they got to the edge and after several more offloads managed to cross the try line. Unfortunately, there had been a forward pass in the build-up and Rochdale were reprieved. This spurred the home team on and, from an attacking lineout in the Chester half, Rochdale secured possession and Nathan Robinson drove up the middle of the pitch. The ball was quickly transferred to the left wing where Tom Hesketh outpaced his opposite number and the cover defence to score in the corner. Mitch Holt added the extras (7-0).

Rochdale’s scrum was getting on top which was allowing the Rochdale backs to accelerate on to the ball, consequently the Chester scrum was in reverse and their backs were receiving the ball with no momentum and were easily shut down. Zac Baker was benefiting from this scrum dominance, harassing his opposite number and forcing several turnovers.

Rochdale scored next straight from a scrum within the Chester 22. The ball was moved to the midfield, where Nick Wright executed a perfectly weighted kick through for Alex Dowd to chase and ground over the line. Holt again added the extras (14-0).

The question now was could Rochdale build enough lead that they could defend playing into the wind for the second half. This cause was greatly assisted when Rochdale scored again on the stroke of half time. After grounding the ball in-goal, Chester compounded the error by kicking the restart from under their own post out on the full. This gave Rochdale the attacking 5m scrum. After several forward carries, Holt put Dowd into space again and he shrugged off a couple of attempted tackles to cross the white wash for Rochdale’s third try (21-0).

The second half unfolded as expected with Chester spending long periods in the Rochdale 22 using the conditions to pin the home team back. Rochdale’s defence is one of their main assets and they were able to repel all attempts to breach their line in the third quarter. Chester were chasing the game now and errors began to creep into their game which Rochdale exploited to help relieve the pressure. However, Rochdale were guilty of giving away too many penalties and had the ultimate sanction of losing a player to the bin. This eventually told on their defence and Chester managed to force their way over from close range (21-5).

From the restart Rochdale pinned Chester back into their own half and had another spell of sustained pressure. Even though this didn’t lead to any further score, it allowed Rochdale to run the clock down and record a very important victory.

Lots of excellent performances from the pack; Olly Mills, Jacob Jackson and Robinson all carried and tackled strongly; Holt and Baker controlled the flow of the game and Dowd provided the steel in defence. Man of the Match went to Baker for an excellent scrum half performance.