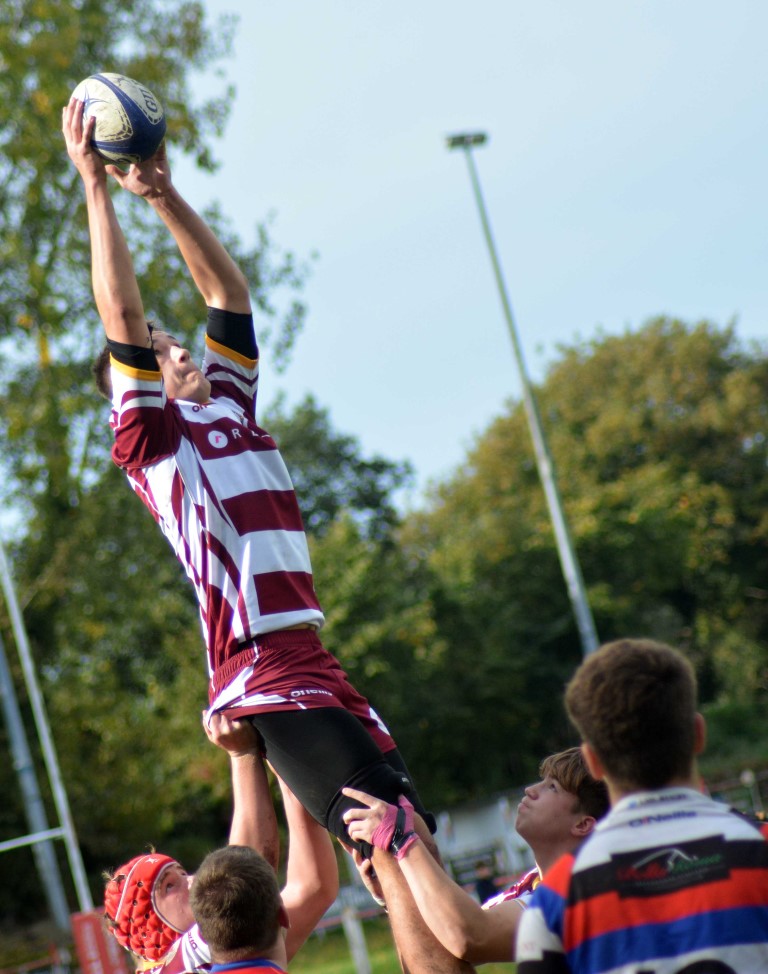 Liverpool St Helens Senior Colts 22-22 Rochdale Senior Colts
SUNDAY 16th OCTOBER 2022
Rochdale Senior Colts travelled to Liverpool St Helens for their final game in the Preliminary A League. In ideal playing conditions both teams showed their attacking intent with fast flowing moves and there was a real pace to the game. LSH scored first after kicking ahead; the bounce of the ball eluded the Rochdale full-back and the home centre gathered the ball and ran in unopposed (5-0).

This spurred Rochdale on and they soon began to dominate both territory and possession. After an attack down the left, the ball was quickly transferred to the right wing where Tom Hesketh took the pass, cut inside a couple of defenders before breaking the final tackle and crossing the line (5-5).

LSH’s scrum is very solid and Rochdale had to work hard for parity. The lineouts were a different story and Rochdale showed their intent with several catch-and-drive plays. The pressure on LSH was beginning to tell and Rochdale’s next score came from a 5m lineout. After a clean catch at the front, the Rochdale pack was again dominant and pushed LSH over their own line for a well-worked try with Jake Hopkins dotting down to register the score (5-10).

LSH were giving away too many penalties and providing Rochdale with easy access to the home team’s 22m area. After another kick to the corner, Rochdale repeated their previous lineout move and again Hopkins was the beneficiary, touching down after another forward drive to conclude the scoring for the first half (5-17).

The second half was a different story. LSH came out with more purpose and it was their turn to dominate territory and possession. Rochdale’s defence was holding out but LSH were creating lots of chances out-wide. Eventually they converted a couple of these opportunities and the game was again in the balance at 15-17.

Rochdale were still struggling to exit their own half and another slick back’s move from LSH allowed their right winger to cross in the corner for a converted try and to take the lead (22-17).

However, Rochdale had put a lot of effort into their performance and were not prepared to leave without any reward. They eventually worked their way back into the game and, from another kick to the corner and lineout drive, Hopkins completed his hat-trick to tie the score (22-22). The conversion was just wide and this led to a frantic last five minutes in which both teams had opportunities to score the decisive try. Time ran out and the draw was a fitting conclusion to a hard-fought contest.

Special mention to Olly Mills who was again forceful in both attack and defence; also James O’Connell for switching to loose-head and holding his own against a very combative opponent and mostly the tight five: Nathan Robinson, O’Connell, Joel Rigby, Ben Sunderland, Hopkins, Jacob Jackson and Ben Hankinson who all contributed to a very dominant lineout display. Man of the match went to Hopkins for an energetic performance around the pitch and his marshalling of the mauls.