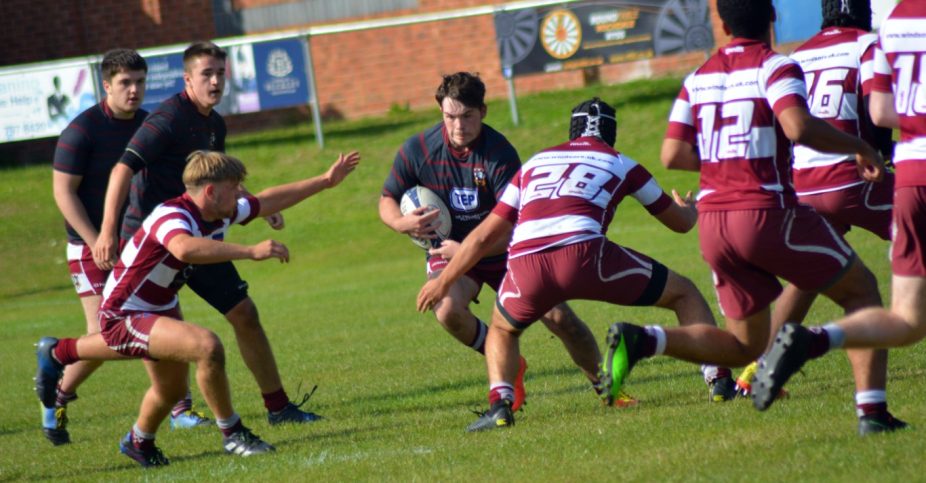 Rochdale Senior Colts were back in league action on Sunday, entertaining Wirral at Moorgate Avenue. Wirral are unbeaten in the league this year and this would be another tough encounter for a much-changed Rochdale side which included many Junior Colts.

Wirral started strongly moving the ball wide and trying to get to the outside. Rochdale’s midfield, marshalled by Alex Dowd, had other ideas and their line speed and physicality stifled much of Wirral’s attacking threat. When they tried a more direct approach the Rochdale pack, led by Nathan Robinson, met them head-on and the games was at stalemate. Just when it looked like the first half would end scoreless, a relieving kick from Wirral bounced favourably into their winger’s hands. Despite the Rochdale defence shutting down the original threat, the Wirral backs were able to hit the line at pace allowing the winger to cross right in the corner. An excellent conversion added the extras (0-7) for the only score of the first half.

Rochdale’s front row of Garrett Myers, Aiden Lord and Joel Rigby were getting on top at the scrums and putting pressure on the opposition. Their lineout was in good order too and both provided a plentiful supply of ball. However, Wirral’s defence was solid and Rochdale were struggling to create any openings. Despite Rochdale dominating the early second half exchanges, it was Wirral who scored next. As usual, if you don’t take your opportunities you are made to pay and Wirral, having soaked up all the pressure, moved into the Rochdale 22 and after several attempts from close quarter were able to force their way over (0-14).

Rochdale were straight back down the other end and secured a try of their own after some good interplay between the backs and forwards drew the penalty. Zac Baker was on hand to tap and go; stepping several defenders before accelerating to the line. Mitch Holt added the extras (7-14).

Rochdale now had five minutes to secure a tying score. Unfortunately, Wirral continued with their solid defence and were able to pin Rochdale back into their 22 for the remainder of the half and secure the victory.

A good showing for the first outing of the Rochdale Junior and Senior colts; there is certainly plenty more to come from this team. Man of the Match went to Jacob Jackson for his always outstanding work rate in both attack and defence.