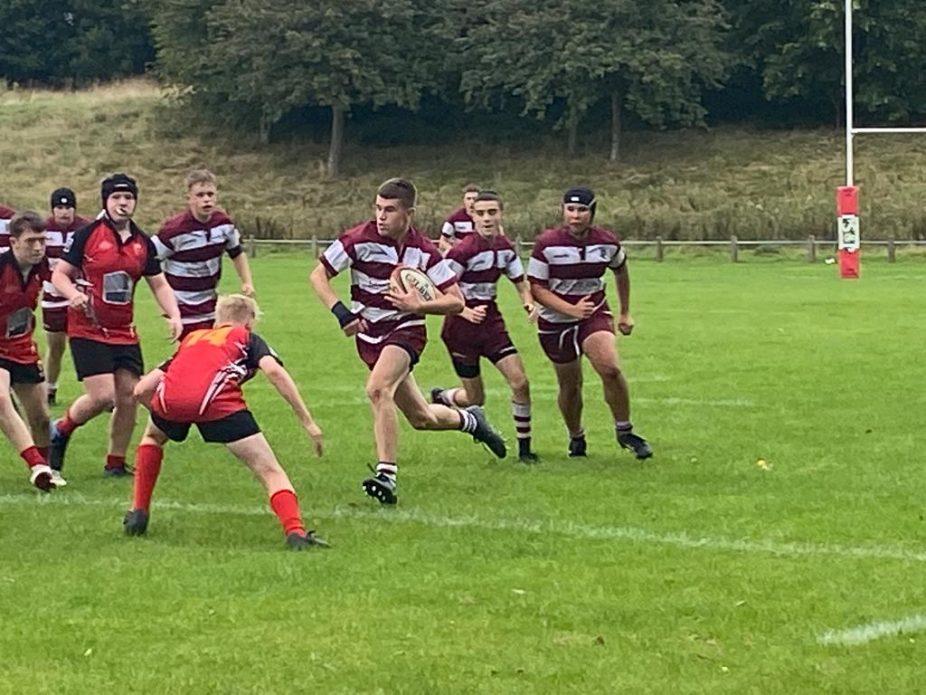 On a very pleasant morning in Bolton, our first fixture of the season was against a team we previously have had limited success with. All the lads were fired up and ready to launch the season with a bang, hopefully drawing on the extensive work we had put in over the summer working on positional play and speed of delivery.

With the first kick of the game, it became clear we were playing with an intensity and flair that had eluded us for large parts of last year. A series of successive rucks and the Bolton pack became tied up enough to release the ball swiftly down the line and allow Ben Foster to cross the line with a flourish and clean pair of heels. From a very tight angle, Adam demonstrated his footwork skills by adding the extras to make the score 7-0.

Bolton however are not a team that rolls over easily and they set about redressing the balance. In addition our discipline was costing us dear with chat-back to the referee and we conceded countless metres to find ourselves camped back in our own 5 metre line. The Bolton pack punched through and then repeated the pattern of play to do so a second time. On both occasions they failed to make the conversions and the scores set at 7-10 to Bolton.

Despite continued chat-back issues, the team started to see their play click and gel in ways that had been evident previously but without reward. The intensity of our rucking grew and a spell of play involving well over 10 phases came together to allow Max to finally break the deadlock and cross the Bolton line. Once again Adam made no mistake with the conversion and we led again 14-10.

It then just got better. Adam introduced a couple of sneaky kicks which rattled their back line and disrupted their defensive play. Ben Leaver who had been linking very well with Charlie all game, broke through and crossed the line with which Adam’s conversion took us up to 21-10. Bolton were rattled, our pressure grew and tails were up .. further strong rucking play saw another multi-phase spell of possession and it was now Josh Wakeman’s turn to power over the line and stretch our lead further. A rare conversion miss meant the score sat at 26-10. In the dying minutes Bolton rallied and delivered a powerful counter-ruck play which got them over the line, but without the conversion finished the match at 26-15.

It was as complete a team effort as we have seen for many months and a great reward for the hard work put in over the summer. Special mention to Adam who received Man of the Match for his flawless kicking display and excellent counter-rucking, as well as Ben Foster who constantly made hard yards from the wing, defending with his usual aplomb. A very promising vision for matches to come.