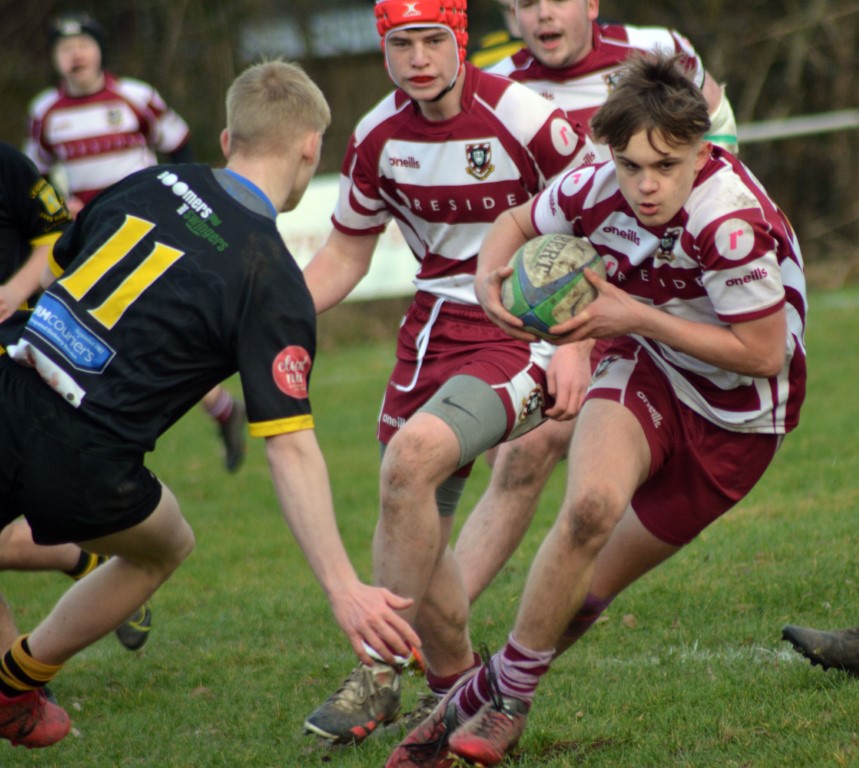 Rochdale’s must-win matches are coming thick and fast at the moment. After replacing Lymm at the top of the league table last week, Rochdale travelled to third place Leigh, attempting to consolidate their position. Leigh are a hard-playing, well-drilled outfit so wins have to be earned. Rochdale have started quickly in the previous games, but not always managed to convert this into scoreboard points, so it was with some satisfaction that they scored in the first five minutes. From a penalty outside the Leigh 22, Mitch Holt took a quick tap and carried the ball to the defensive line before chipping over. The ball bounced favourably for Will Simmons, who gathered and stepped the full-back before touching down (0-7).

Leigh began to get their large forwards into the game and asserted some pressure in the Rochdale 22. The defence had several opportunities to clear the lines but several errors compounded to give Leigh a chance close to the Rochdale line which they gratefully accepted when their scrum half darted over (5-7).

The score galvanised Rochdale into action and almost immediately they responded. From a scrum close to the Leigh 22, Zac Baker, the Rochdale scrum half, broke to the open side and carried the ball to within 5m of the try line. The ball was quickly recycled for Garrett Myers to dummy and cut through close to the ruck to score under the post (5-14).

Rochdale were beginning to control the game now with their defence shutting Leigh’s attacks down and their backs making inroads into the home team’s territory. Rochdale scored again before the break. The ball was carried up the centre of the field into the Leigh 22 and, after more quick ruck ball, Holt put Tom Hesketh into a gap allowing him to accelerate through a couple of tackles and over the line (5-19).

Rochdale should have been able to build on the first half lead, but the game became very disjointed with numerous errors and infringements committed by both sides. Neither team could build a sustained attack in their opponent’s half. Rochdale finally broke the second half deadlock when, after some good build up play with backs and forwards combining, the ball was moved quickly to the right-hand corner of the pitch. This stretched the Leigh defence and Jacob Jackson took the short pass from the ruck to crash through the last defender (5-24).

It was another impressive performance from the Rochdale team with each player contributing to a rock-solid defence. Special mention to Paddy O’Loughlin, Josef Kowalczuk and Jake Hopkins for strong running and tackling on debut. Also, some excellent lineout and scrummaging from the tight-five. Man of the match went to Zac Baker who, for the second week running, provided the impetus from scrum half to super charge the back line and be at the epicentre of all that good from a Rochdale perspective. Next week Liverpool St. Helens another must win game.