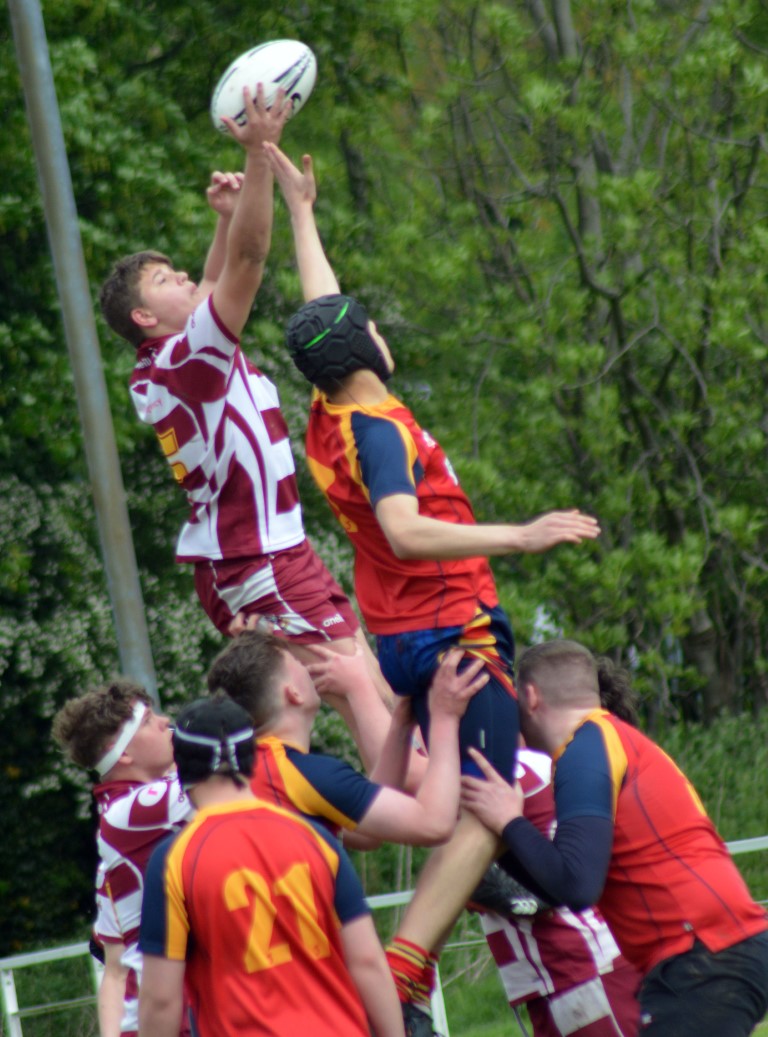 Rochdale made the short trip to Bury for their fourth post-lockdown match. The  previous week they had been given a tough physical examination from a strong Burnley pack; this week the questions would be asked in the wide-out channels, as Bury’s main threat emanates from a very skilful and speedy back line. The new laws have taken away some of Rochdale’s strengths, namely the scrummage and mauling aspects of the game, but Rochdale have adapted their style using their forwards to make ground but added in an off-loading game to maximise yardage gained.  As a consequence, all round handling has improved across the team. The first quarter saw both teams gain good field position but neither side could convert this pressure into points.  Rochdale began to get the upper hand in the territorial battle and, after good interplay between backs and forwards, Tom Drennan picked up from five meters out and powered over the line (0-5).  It wasn’t long before Rochdale were on the attack again, with Ben Kershaw fly-hacking the ball to within meters of the opposition line where the last defender killed the ball and was penalised. From the subsequent tap penalty Nick Wright forced his way over (0-10).  The next try had everything – good handling, quick ruck ball and a sumptuous off-load, putting Max Cooper in for his first try in Rochdale colours (0-15).  As is the way when playing teams with plenty of pace out wide, it doesn’t take much to concede and, after a few unnecessary penalties, Bury were able to put their centre through a gap and he raced to the line (7-15) concluding the scoring for the first half.

After a fumble straight from the kick off, Rochdale recovered the ball on the Bury line and once again Wright was on hand to muscle his way over (7-22).  Back came Bury and, instead of trying to go through Rochdale which had proved fruitless until that point, they chipped over the top and the winger gathered to speed under the post (14-22).  Rochdale increased their advantage when, after two quick rucks, the backs created an overlap and Gabe Fraser evaded the cover and made it to the corner (14-27).

However, Bury weren’t done and their dynamic fullback got the try his efforts had deserved, breaking through the middle and accelerating away from the chasers (19-27). The game finished with Rochdale in the opposition 22 looking for another score.

There were lots of good individual performances from the usual suspects; Garrett Myers worked hard and carried well; Zac Baker covered every blade of grass.  It was great to see the whole team continuing to improve and working together – Charlie Roche had more carries, Kia Potter was excellent carrying and in the rucks, Bendan Hankinson ruled the lineout, Drennan built on his previous week’s performance and Wright and Joel Rigby worked hard in both attack and defence.  In the backs, Fraser, Kershaw, Cooper and Ollie Simpson all provided excellent cover, whilst Mitch Holt and Will Simmons shored-up the middle of the pitch. Man of the Match went to Ben Sunderland whose carries, line-breaks, tackling and off-loading were exemplary.