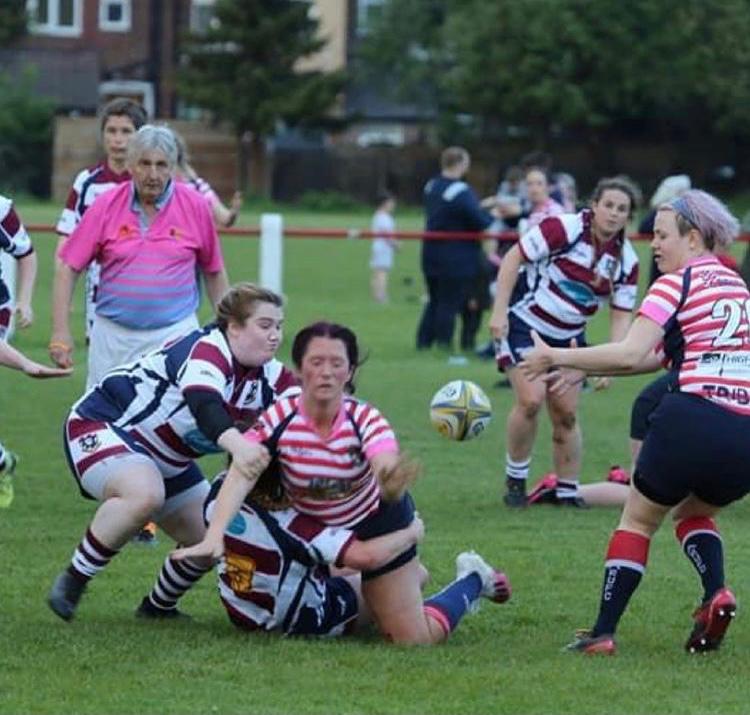 The women’s section at the club is on the rise, with the senior team fielding an 18 woman squad for their friendly fixture against Aldwinians. The game was organised as a ‘practice’ game so the new players had a chance to experience some proper rugby whilst getting to know the laws of the game. 3x 20 min periods were agreed beforehand.

Aldwinians started brightest and scored following a good passage of play and strong ball carrying. The Rochdale ladies took some time to settle in, however after 15 mins following some good build up play by the forwards, scrum half Natalie Howorth dove over the line in the corner to equal the scores. Again Rochdale struggled to get going after the break and Aldwinians scored their second try of the game.

Rochdale soon started to play & quickly scored following a good passage of play by the backs finished off by Rhianne Boag. The try was converted by Claire Collins. Rochdale then began to take control. A strong solo break & run by centre Rachel Comyn-Doyle extended the score. Aldwininans were now starting to tire & the Rochdale players were exploiting gaps. Another strong run by Rhianne Boag meant Rochdale pulled away to score another try. The game was finished off with good backs play between Collins & Boag, & the try was scored by Claire Collins & converted by Georgina Sutton.

Overall it was an amazing night for our new players who made their debuts playing competitive rugby. Massive thank you to Aldwinians for hosting us and patiently explaining rules as we went. Everyone is looking forward to more rugby being played in the near future!