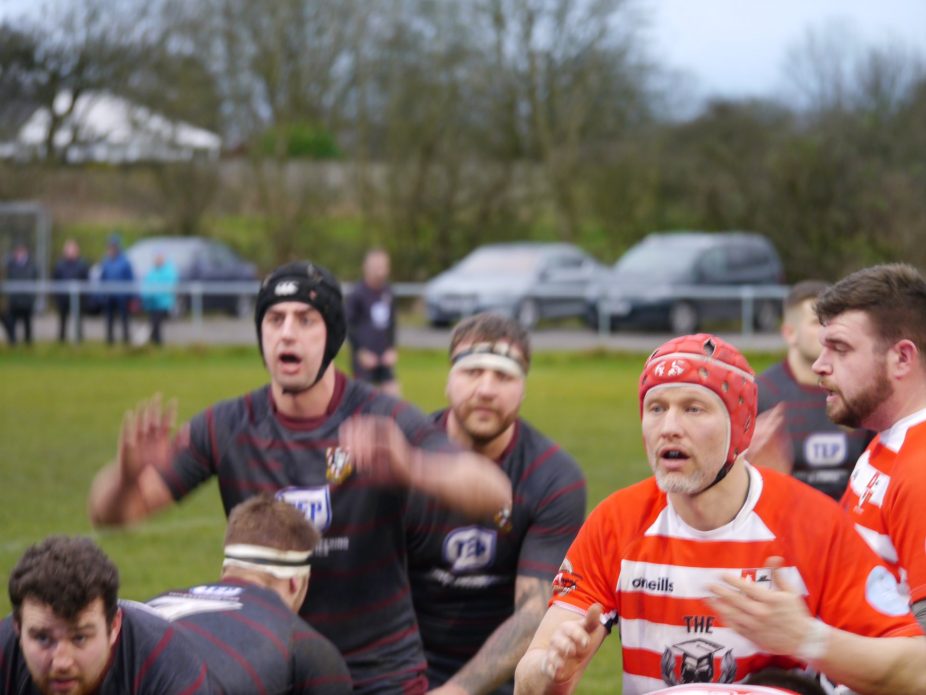 If Danny Collins was looking for a reaction to last week’s performance at Manchester he certainly got one against struggling Sefton on Saturday. Still with seven changes in his starting 15 Collins went for an attacking style of rugby to which Sefton had no answer.

With Kyle Parry at hooker and new prop Bret Stumbilitch making his home debut Dale were soon on the score sheet when a good left wing break by Jackson Kelly saw the ball go inside on the Sefton 22 to scrum half Travis Townsend a cheeky over head pass found Nick Ahearn steaming through to score under the posts with less than a minute gone.

Ahearn converted his own try 7-0. If  Sefton were stunned they did not show it coming back at the Dale defence the grubber kick by scrum half Wayne Tyms  went just into the dead ball area but the referee brought play back for a penalty to Sefton on the Dale 22 the kick was well taken so 7-3 with only 5 minutes on the clock. Moments later with the visitors passing well another penalty on the Dale 22 saw them bring the score back to 7-6 and game very much on.

With the Dale pack going well and with Townsend running the show Dale got a scrum on the Sefton 22 and were awarded a penalty up stepped Ahearn who defiantly had his kicking boots on and slotted the kick to make it 10-7. The next move involved good passing by the backs as Dale advanced down the right wing with Don Macklin going in,  the conversion fell just short 15-6 after 20 minutes. Ahearn linked well with Townsend and the final pass saw winger Blair Henry drop the pass with the line beckoning.

Minutes later the ball was back on the visitor’s 10 metre line and Sean Needham powered over for Dale’s 2nd try converted by Ahearn. 22-6. Sefton refused to lie down and were soon in the Dale 22 and with the line in sight only tremendous Dale defence saw them fail to ground the ball. Townsend failed to get his box kick away and the visitors were back on the attack and only a penalty relieved the pressure on the Dale line Half time score 22-6.

The 2nd half started with a shock try for Sefton after Dale lost a scrum on their own 22 a penalty to Sefton went in the corner and from the line out the visitors went in for a converted try 22-13.

Ahearns’ tackle broke up a Sefton attack and a series of good passes saw Henry breaking down the wing his late pass allowed full back James Duffy on the overlap go in at the corner, fittingly it was Ahearn who converted from the touchline 29-13 . The pressure was  off the home side and the play flowed well Jonny Bradley who had replaced Parry at hooker appeared to have been yellow carded for a scrum infringement so changes had to be made and Parry resumed  in the front row Ahearn saw his punt through partly charged down but he followed up to score his second try which he converted taking his personal tally to 25 for the day.36-13 and the bonus point secured. Dale still had some defending to do and great tackling by Hayes and Hindle held the gallant Sefton attackers,  the final nail in their coffin was a cheeky interception by full back Duffy who scored his 2nd try Ahearn had no problem in the conversion final score 43-13.

A good comprehensive win great individual performances from Ahearn and Duffy with the whole thing orchestrated by Travis Townsend at scrum half. An away game at Southport next Saturday with the coach leaving at 11.00 from the club.