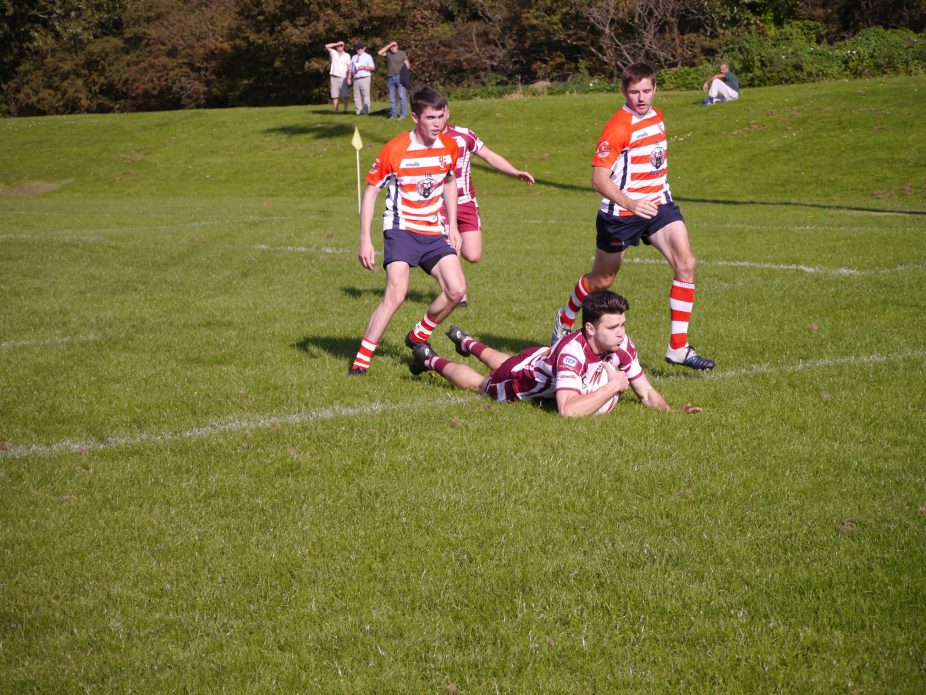 Both sides toiled in the heat of a late summer day. Rochdale visited Sefton on the back of two good wins and Sefton still to gain their first points.

Opening encounters stayed within the 22 metre lines as players tested each others defences, the home side trying to win ground with some early kicking. Shaun Needham produced his trademark surging run through the middle leaving three tacklers wanting but the fullback made a good tackle and the ball went forward in the melee.

6 mins in and Andrew Foster made a decisive run, he fed Robert Wadsworth who crossed the tryline on the left for the first of Rochdale’s try’s.  James Duffy was on kicking duty didn’t have too much success, hitting the post twice. Nick Ahearn on the other hand had a fine day, he collected the ball about 25 metres after a nice passing move and made the ground out wide on the left to make it 0-10 after 11 minutes.

It took a full 15 mins before Sefton managed to get into the ‘Dale 22 area and after a scrum controlled by Rochdale the visitors forced their way out of defence.  Fullback Ahearn made a kick and run chase over 30 metres to score an unconverted try 0-15. After 20 mins Sefton began to put together their game with 10 minutes of pressure in the ‘Dale half.  With 26 mins gone Rochdale threw away the ball at a scrum and after a lineout Sefton made good their pressure and scored wide on the left.  The Sefton kicker made a superb conversion 7-15.

Tom Callaghan injured his thigh after 28 mins and was replaced by Dale Slamon in the front row. Nick Ahearn produced an excellent kick into the Sefton half, alas the throw was poor and Rochdale had to work hard to regain possession.  Danny Joesbury made a nicely timed pass to Dom Macklin who made a 30 metre jinking run to score nearer the post and Duffy made no mistake with the conversion. 7-22.  Just before halftime some good support play by Ahearn and Josh Boardman saw the latter dive over to make the halftime score 7-27.

Early in the second half and injury to Jake Smith had Coach Daniel Collins ringing the changes. The forwards were constantly working hard and good stints from Foster, Ross Hartley and Harry Hill paid dividends as the home pack tired.  Only 3 minutes into the second half, Blair Henry and Mike Cross combined for Cross to go over the whitewash. 7-32.

Rochdale continued to press and had some good play off the back of the scrum.  Unfortunately Hartley was shown a Yellow card as the referee, (who had a good game), as Hartley was adjudged to have impeded his opposite number. Duffy converted a penalty to keep the board ticking over. 7-35  A Man down and ‘Dale came under a spell of pressure from the home side. With 20 mins gone in the half, Sefton scored twice in quick succession taking the score to 21-35, both try’s well converted.

The Rochdale ship steadied again when back to full strength, Nick Ahearn was on hand again to beat several defenders when he fed Boardman for his second try converted by Duffy. 21-43.  Constant Rochdale pressure in the last ten minutes, Boardman running at good angles brought him his hat trick of tries. 21-48.  A period of play with uncontested scrums gave all the forwards a much needed breather.  The last couples of minutes had Blair Henry on the end of a great passing move going through five pairs of hands to score out wide. 21-53.

A good away result but ‘Dale have plenty of work to do yet to justify their top of the table billing.  Good teamwork and players working for each other is encouraging.  Next week it is Southport RUFC visiting Moorgate Ave. 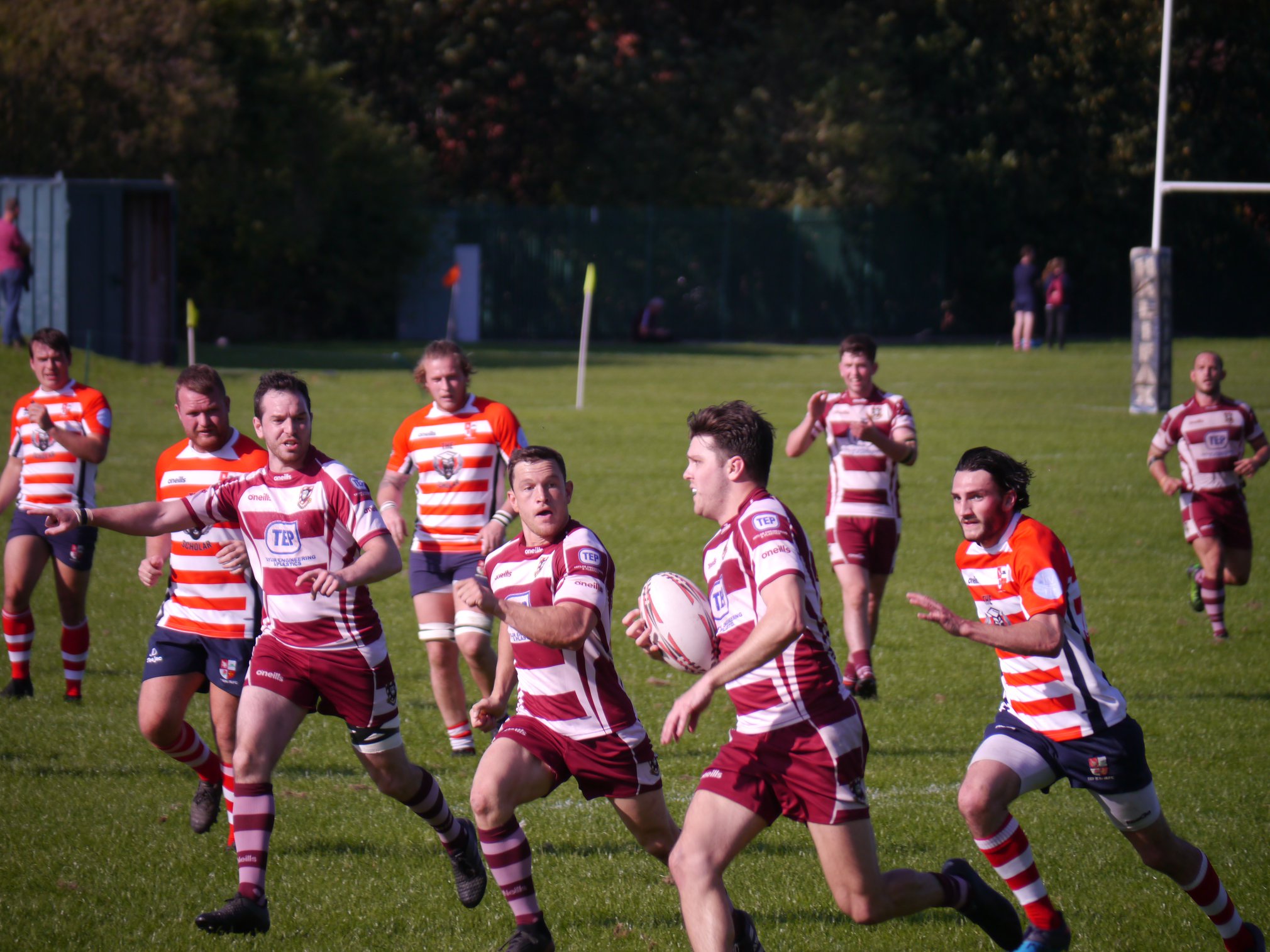 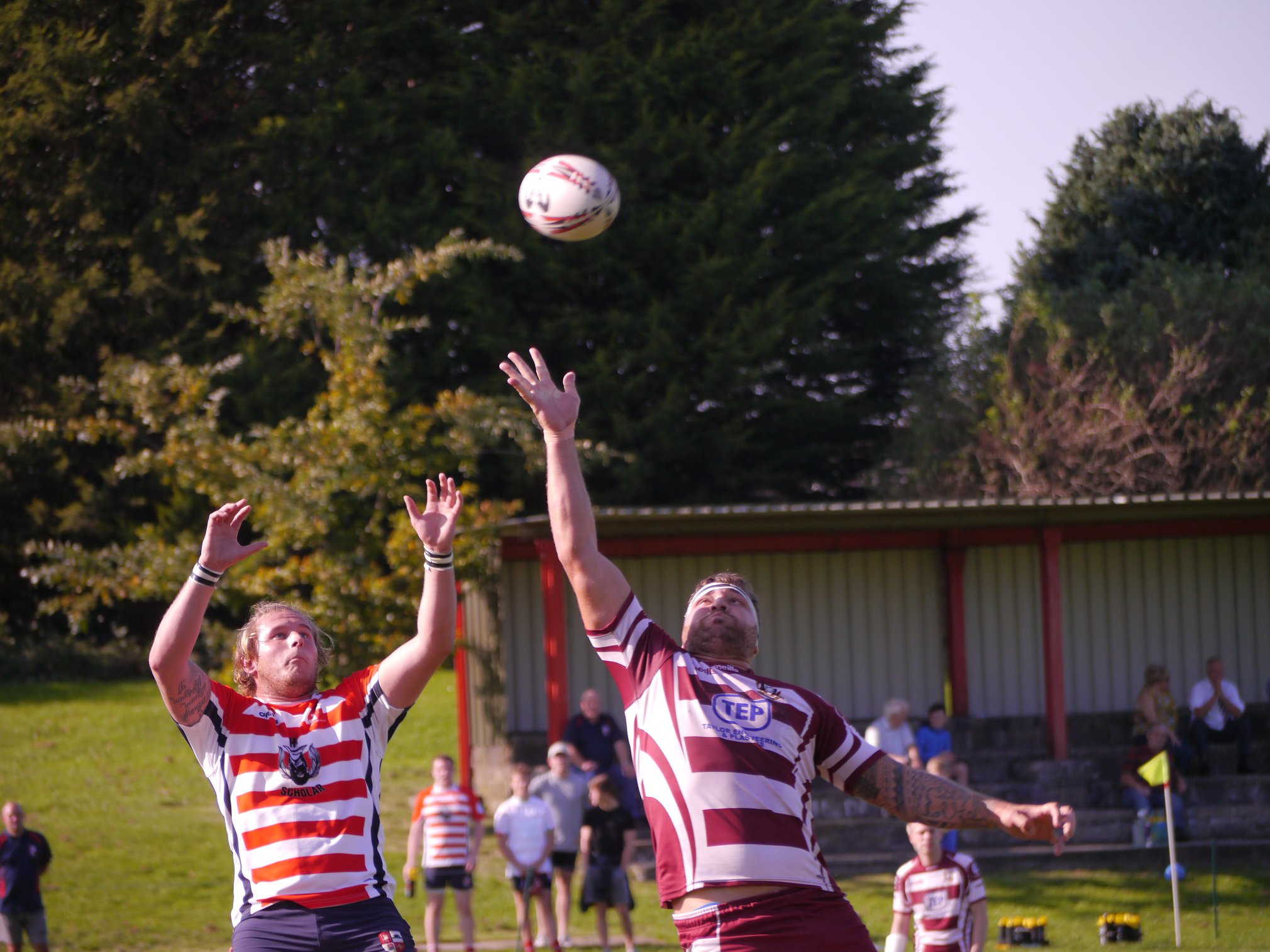 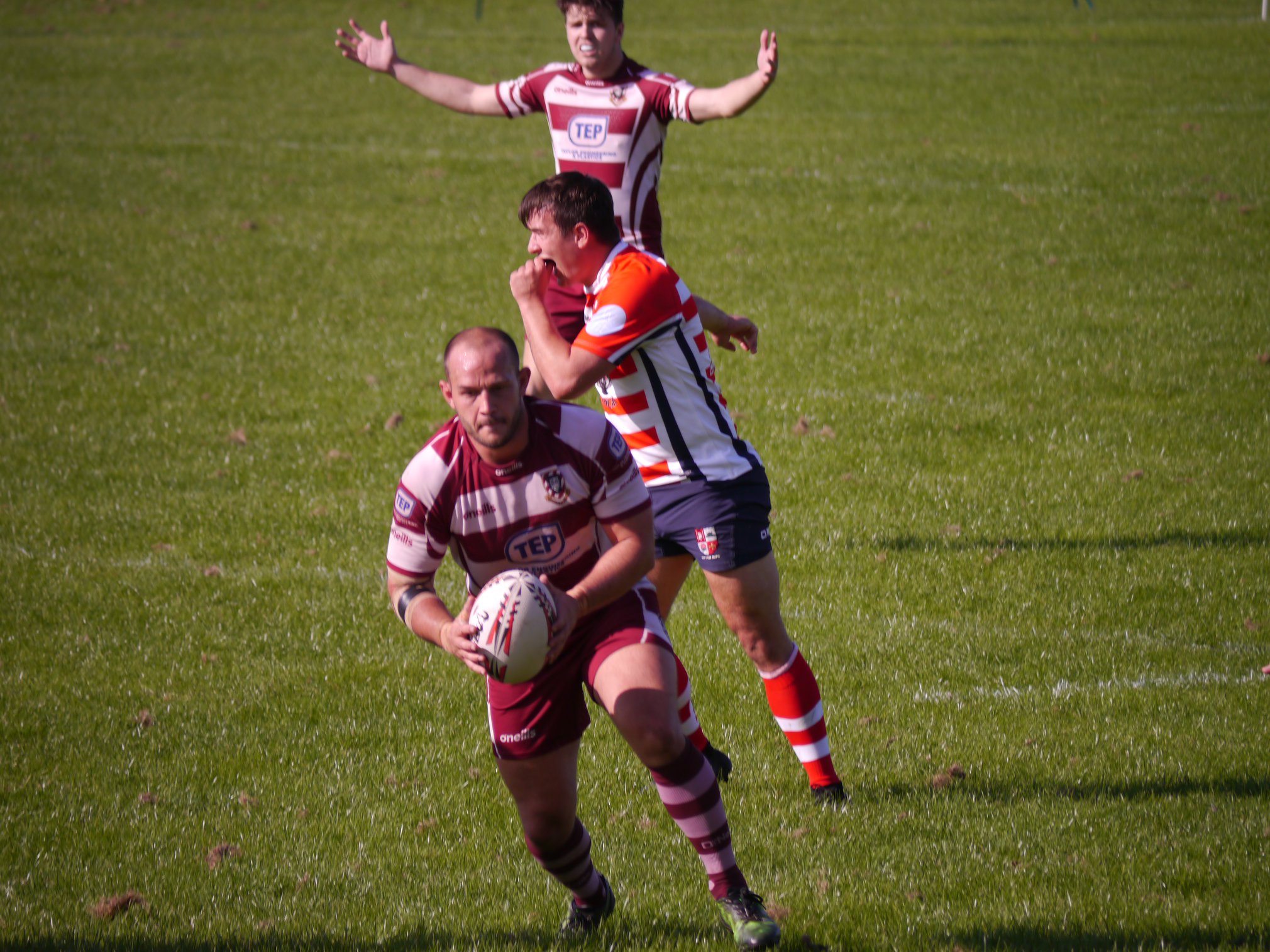 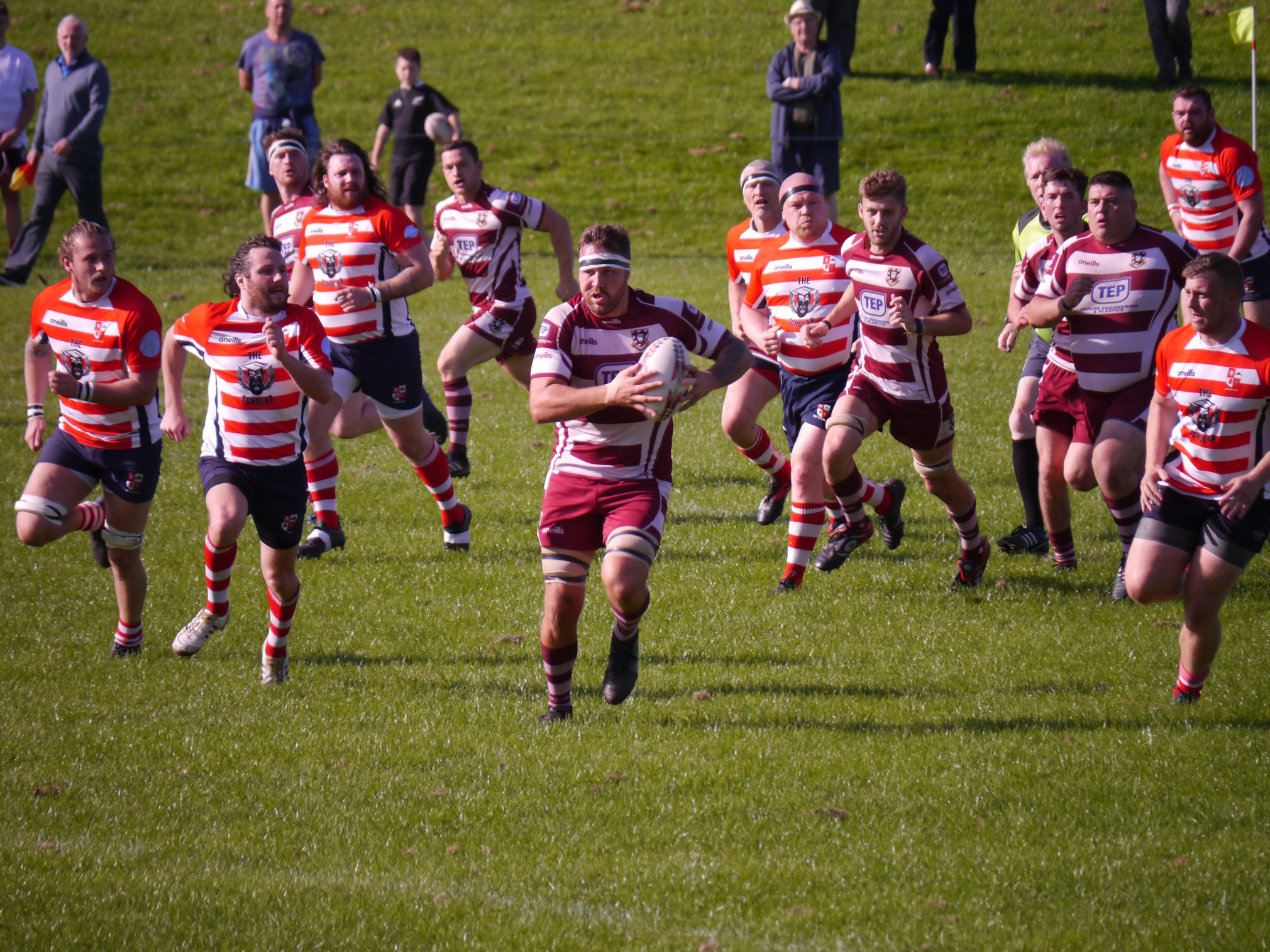 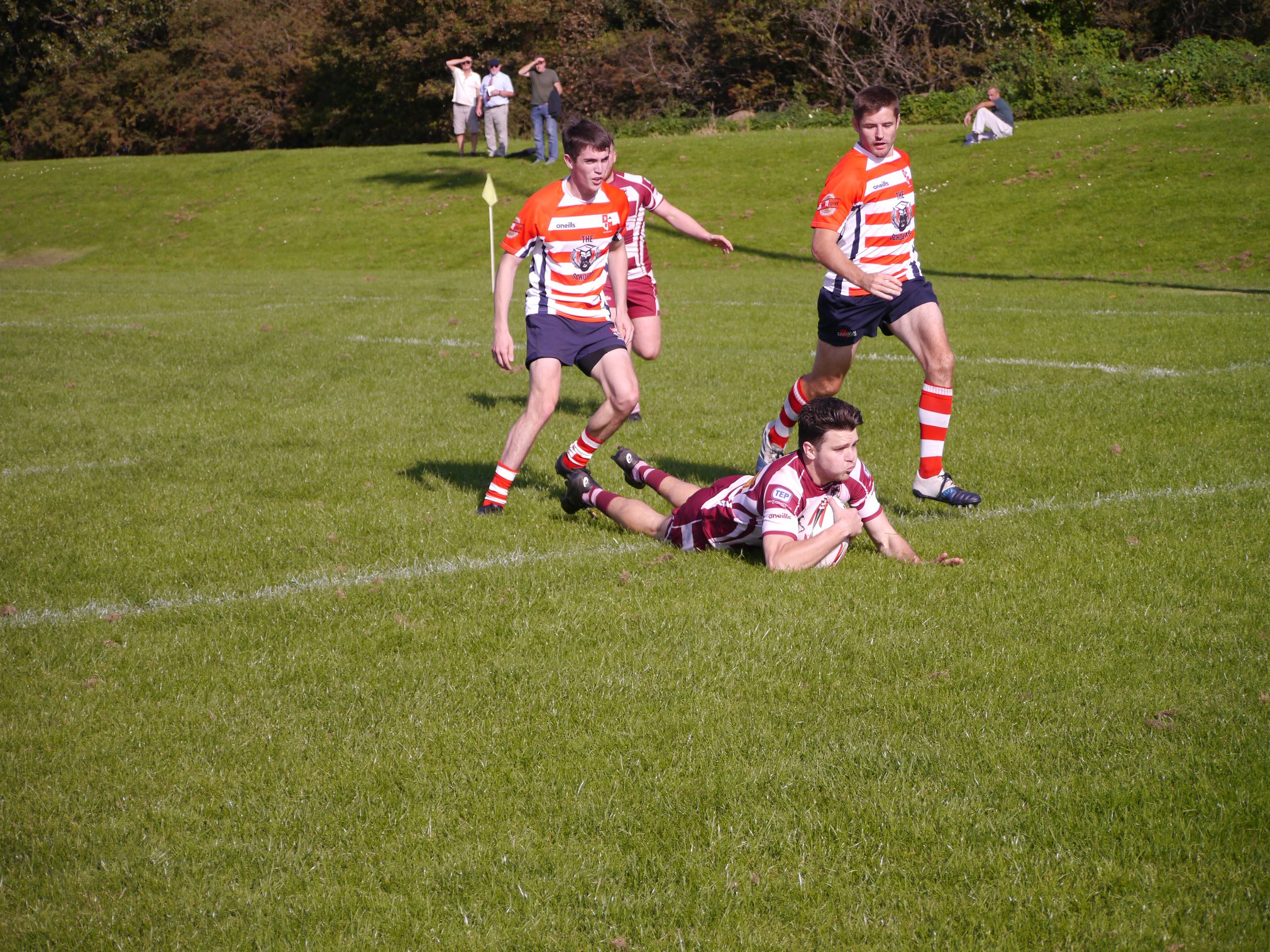 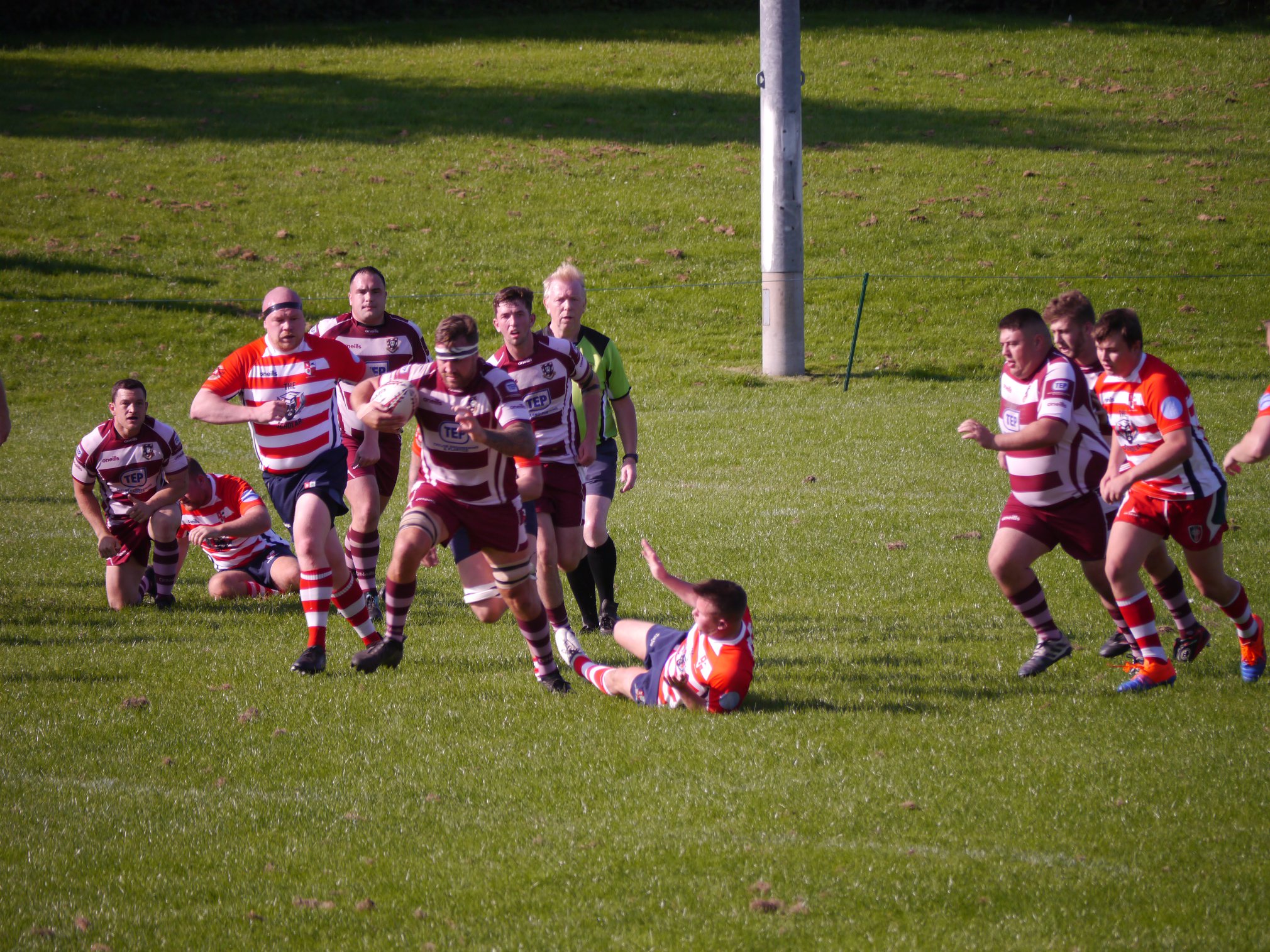