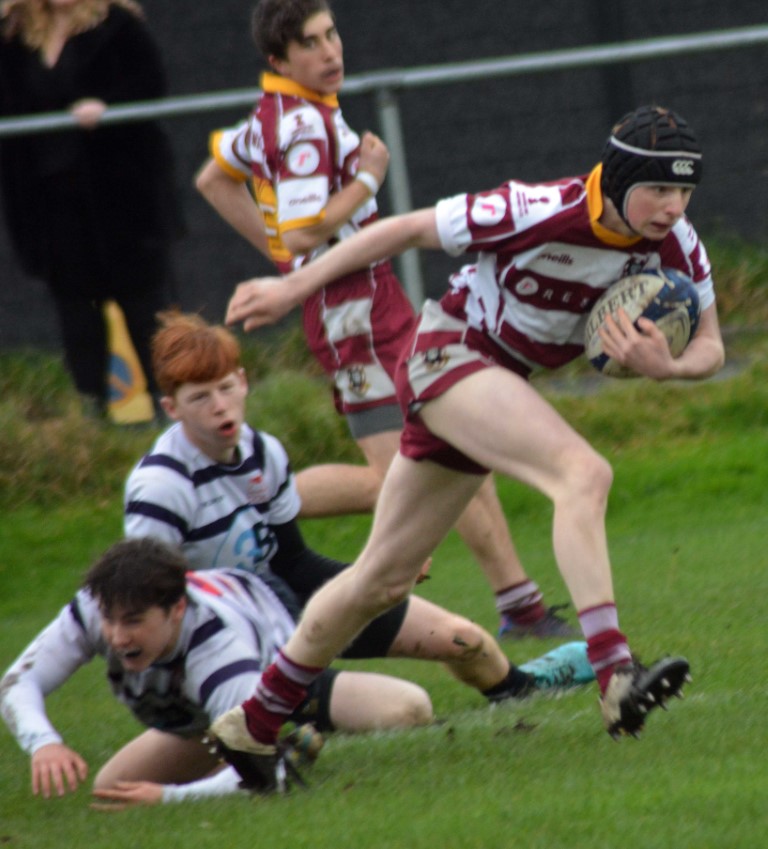 Rochdale were in League Cup action at the weekend, entertaining Preston Grasshoppers at Moorgate Avenue. The forecast was for heavy rain but the game started in reasonably dry conditions, suiting Rochdale’s expansive play and making it easier for them to move the ball into the wide channels. With Rochdale camped in the opposition 22, Preston tried to relieve the pressure with a high box kick. Ben Haigh gathered the ball and with a bullet like pass hit Gabe Fraser, the left winger, who had plenty of time and space to outflank the cover for the opening score (7-0).

Straight from the kick off, quick ball allowed Zac Baker to find Ben Sunderland on the blind side, who drew the outside defender before releasing Tom Hesketh. Hesketh blistered down the wing leaving defenders in his wake and dotted down under the posts (14-0).

This should have been the trigger for Rochdale to take control of the game, especially with their scrum being so dominant but, unfortunately Rochdale got on the wrong side of the penalty count and this gave Preston a foothold in the match. Preston were able to put Rochdale under pressure close to their try line and, with a succession of forceful drives, crossed for the score (14-7).

Rochdale’s riposte was immediate with some strong carries by the forwards; Hesketh showed he has power as well as pace, crashing over in the corner from short range (19-7).

Again, Rochdale were the author of their own troubles giving Preston easy access to the Rochdale 22. The visitors didn’t need a second invite and scored again through their forwards (19-12). There was just time for Preston to score a penalty and narrow the gap further (19-15) to conclude the first half.

With the weather deteriorating, the half time talk was around controlling territory and possession, playing the game in the opposition half and building pressure. So it was a shock when, straight from the restart, a Rochdale error gifted possession to Preston who again took full advantage crossing for a score out-wide to take the lead (19-20).

This is an experienced Rochdale team and they calmly regrouped and went again. From a scrum just outside the visitors 22, Olly Mills broke and crashed through several tackles, eventually being brought down 5m short. Quick ball allowed Garrett Myers to reach the line and more quick ball allowed Aidan Corless to barge over for the try (26-20).

With the rain now torrential, Rochdale were getting back to basics winning lineouts and controlling the scrums. From a dominant scrum 10m from the Preston try line, Rochdale secured the ball against the feed; number 8 Mills picked up and powered through a couple of tacklers to score close in (33-20).

There was still time in the game for Preston to again pressurise the Rochdale line but the defence held firm and Rochdale will be in the draw for the quarter final. Both teams should be commended for some top quality rugby especially considering the conditions. It was very much a forwards’ game though with the Rochdale pack taking the honours. Excellent performances from Mills, Nathan Robinson and Jacob Jackson, with Jackson taking the Man of the Match award for a tireless performance driving the team forward.