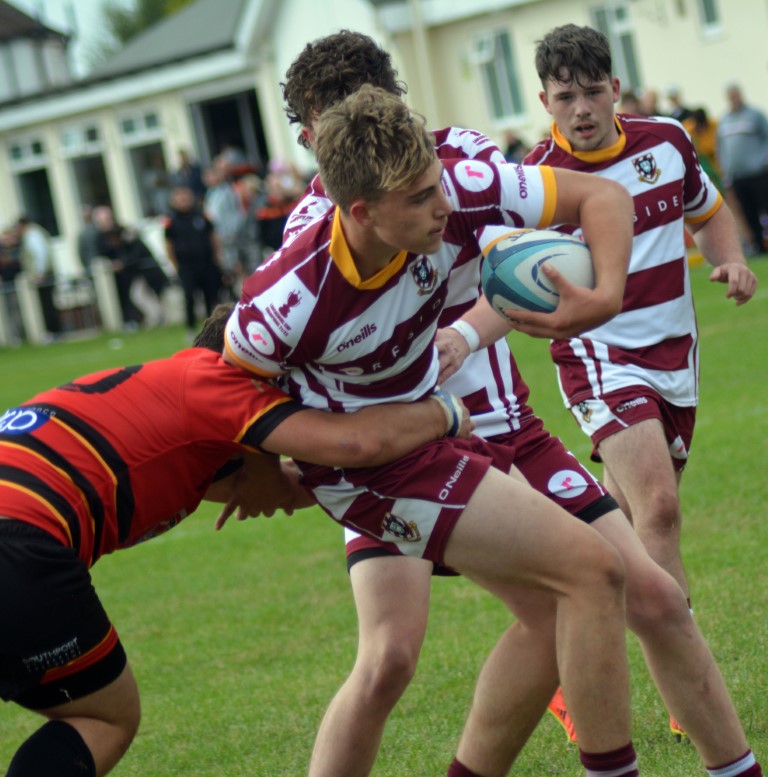 Rochdale have a long way to go to retain the Lancashire Cup, but they took their first steps when they travelled to Southport in the first round on Sunday. The sun was shining and there was a stiff breeze blowing down the pitch. In ideal rugby conditions and on a firm pitch Rochdale set about their task with gusto.

Quick recycled ball and strong running got Rochdale on the front foot and across the gain line from the off. Southport were struggling to stop the momentum and it came as no surprise that Olly Mills was able to barge over after some sustained pressure on the home side’s defence (0-5). Both the Rochdale set pieces were functioning particularly well. In the line-out Ben Hankinson, Nathan Robinson and Alex Barry were beating the opposition to the ball and making good ground driving the subsequent maul forward. The scrums were a complete demolition job and Southport must have been grateful for the law preventing scrums retreating further than 1.5m.

Rochdale were soon on the attack again. After a break by scrum half Zac Baker, the ball was quickly transferred to the wing where Nathan Robinson was on hand to race into the corner from 20 meters out (0-10). Rochdale gave Southport an opportunity to open their account after a succession of penalties led to a kick in front of the posts, which the home team converted (3-10). However, this was just a brief sojourn into the away team’s 22 and Rochdale were soon back in the Southport half. Mills broke from a ruck but was brought down just short of the line; quick ball ensued, and Ben Haigh was on hand to power through a couple of tackles and score out-wide (3-15).

Rochdale attacked straight from the restart. Hankinson fielded the kick and made ground. Ben Sunderland broke through and carried to the opposition 22; again the ball was quickly recycled and moved to the left wing where Tom Hesketh accelerated around his opposite number and arched his run to score under the posts (3-22).

Rochdale emptied the bench at half time and the flow of the game was temporarily disjointed. Nonetheless, Rochdale continued to press for the next score and it duly came after more sustained pressure in the Southport half. The ball was again transferred quickly to the left wing where Ralph Buckley took the scoring pass to touchdown in the corner (3-27).

Rochdale were straight back on the attack looking for some more points. They came after another well executed catch and drive resulted in a ruck on the Southport line. The pass from the breakdown put Haigh into space and he again powered over next to the post (3-34). Southport eventually got some momentum and strong carries from their forwards got them good field position. They then patiently inched forward until finally crossing the Rochdale line for a well deserved try (10-34).

Rochdale had the final say of the match when Paddy O’Loughlin used his power and pace to blast through the defence and over the line from close quarters (10-39).

It was a good result against a very capable team with plenty of positives. Great work from the Rochdale front row forwards, Joel Rigby, Jake Hopkins, Garret Myers, Jacob Jackson and Aiden Lord proved decisive at the scrums. The backline proved very difficult to breach with Haigh, Mitch Holt, Alex Dowd and Noah Greenwood shutting down the opposition’s attacking threat.

Back to league action next week with a trip to Caldy. Which promises to be a sterner test.