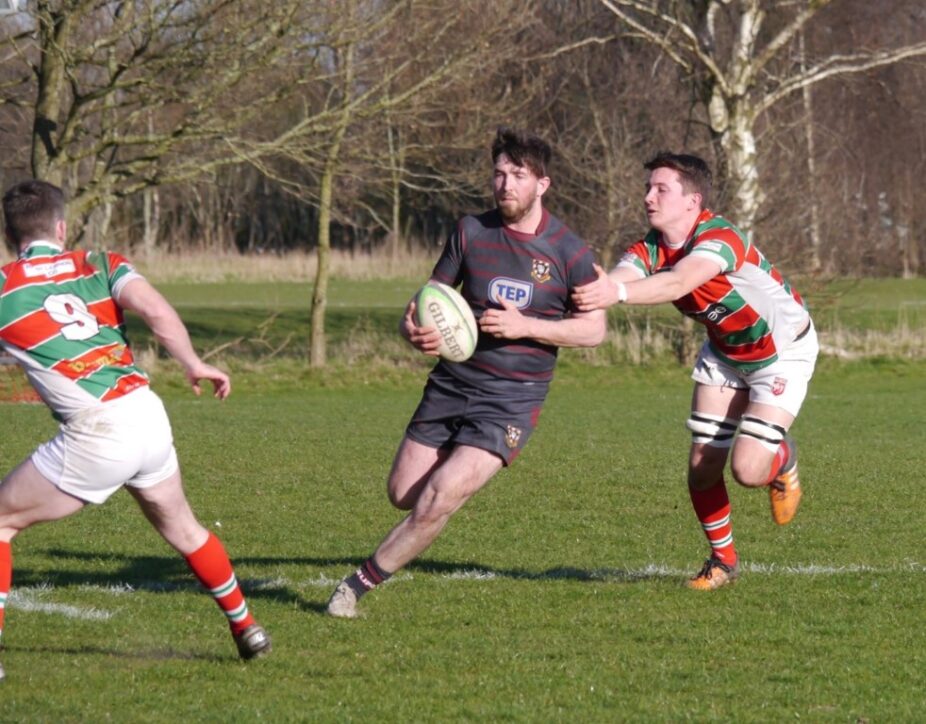 Warrington 15 Rochdale 36
Rochdale travelled to Warrington’s new ground at the Grappenhall Sports Club with only 1 defeat on their record this season. From the start, the home team put Rochdale under pressure and it was only good defence that kept the home team out. Then from a good planned move, Matt Buckley ran a good line to score in the corner (0-5). Shortly afterwards, Keelan Bradley ran through a hole in the home team’s midfield to score the 2nd try (0-10). Warrington regrouped and put the Rochdale defence under further pressure that led to Townsend being sin binned for what the referee saw as an illegal attempt to stop their progress. From the resulting penalty, Warrington worked the ball through the hands to score in the corner (5-10). Not long afterwards, the home team’s kicker put a penalty over to leave the half time score 8-10.

The 2nd half began with Warrington once again putting significant pressure on the Rochdale defence for over 10 minutes that was helped by Townsend returning from his sin binning. However, from a well worked move, Warrington scored a converted try to put themselves in the lead for the first time (15-10). Not long after, following some illegal activity in the middle of the pitch, the referee issued a yellow card to a Warrington player. During his absence from the pitch, Bradley scored his 2nd try (15-15). The referee then decided to issue a yellow card to Tom Hindle, but this did not stop Rochdale’s efforts to regain the lead. Following Tom Hindle’s return to the pitch, Warrington once again put pressure on the Rochdale line and had a 3 on 1 overlap when it seemed they were guaranteed to score, but Gillan managed to intercept and from his own line did what he does best, show a clean pair of heels to score his 3rd try to run the length of the pitch to score a converted try (15-22).

Rochdale were now in the ascendancy and it was no surprise when Bradley popped up on the end of a good move by the pack and backs to score his 3rd try that was converted (15-29). With only minutes to go, Rochdale ran in their 6th and Gillan’s 2nd try that once again was converted (15-36). With time running out, a fracas broke out in the middle of the pitch and the referee after taking his time issued a red card to one of the Warrington props. There was now a simmering undercurrent to proceedings and the referee appeared to blow for time a little early to avoid himself further paperwork. The final score might appear a little harsh on the Warrington team that gave their all and were definitely one of the better opponents that Rochdale have played this season. Eyes now turn to next week’s home game against De La Salle.