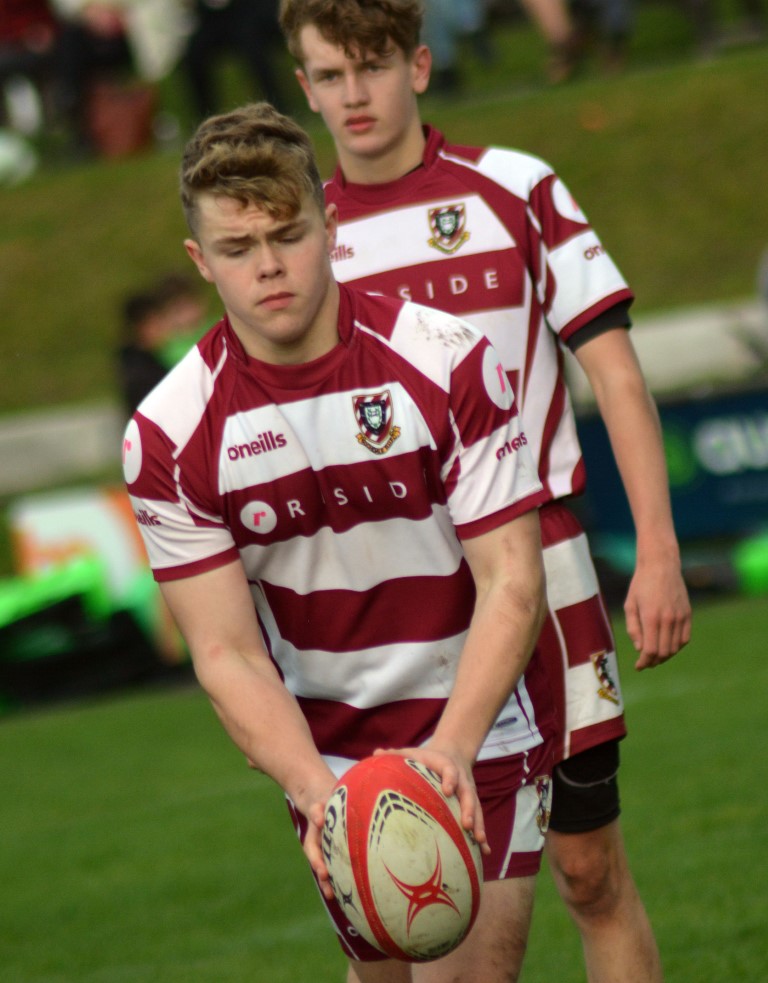 After securing a place in League 2 for the upcoming season and looking for a stiff challenge, Rochdale travelled to League 1 side Caldy. Caldy have a rich history of strong Colts teams and their 1st XV are in the national leagues. Rochdale started strongly and after five minutes had secured the first score.

This followed quick ruck ball and strong carries from Garrett Myers, Jacob Jackson and Olly Mills. The beneficiary was Charlie Bleackley who burrowed over from close range (0-7). Caldy are a well drilled side and used the strong wind on their backs to progress down the field. Rochdale’s defence was holding tight but then a couple of errors from clearance kicks gave the home side good field position which they converted into tries (14-7). Back came Rochdale whose set pieces were working particularly well and setting a platform for their backs to get over the gain line.

From the next visit into the Caldy 22, Mills received the ball from a quick tap and cut through a retreating defence to score near the posts (14-14). This was a crucial period in the game with Rochdale attempting to hold out until half time. Unfortunately, an accidental clash of heads saw the Rochdale 9 and 10 having to leave the field which disrupted Rochdale’s rhythm. There followed a series of penalties at the breakdown which got Caldy close to the Rochdale line where a break from the maul allowed Caldy to score again (21-14). A further penalty on the stroke of half time extend the home side’s advantage (24-14).

With the wind on their backs for the second half, Rochdale were hoping to dominate territory and pin Caldy in their own half. However, Caldy started the second half strongly and kept the ball in hand. Their strong runners made inroads into the Rochdale forwards and resulted in a further score (31-14). Rochdale’s plan to kick for position using the wind, was hampered by the lack of a recognised 10. Caldy took full advantage of Rochdale’s inability to clear their lines and score a couple more tries (41-14).

Rochdale eventually adapted to their circumstances and scored with the final play of the match. A good lineout and drive with a succession of further drives to the line before Mills was on hand again to cross the whitewash (41-19).

It was a good hard game where Rochdale were always in it but the crucial moments went Caldy’s way. The Rochdale back line of Nick Wright, Will Simmons, Tom Shaw, Will Rawlinson, Gabe Fraser, Ben Kershaw, Ollie Simpson and Tom Hesketh were exemplary in both defence and attack. Shaw standing out with strong tackling and stepping into the kicking role which got him man of the match.