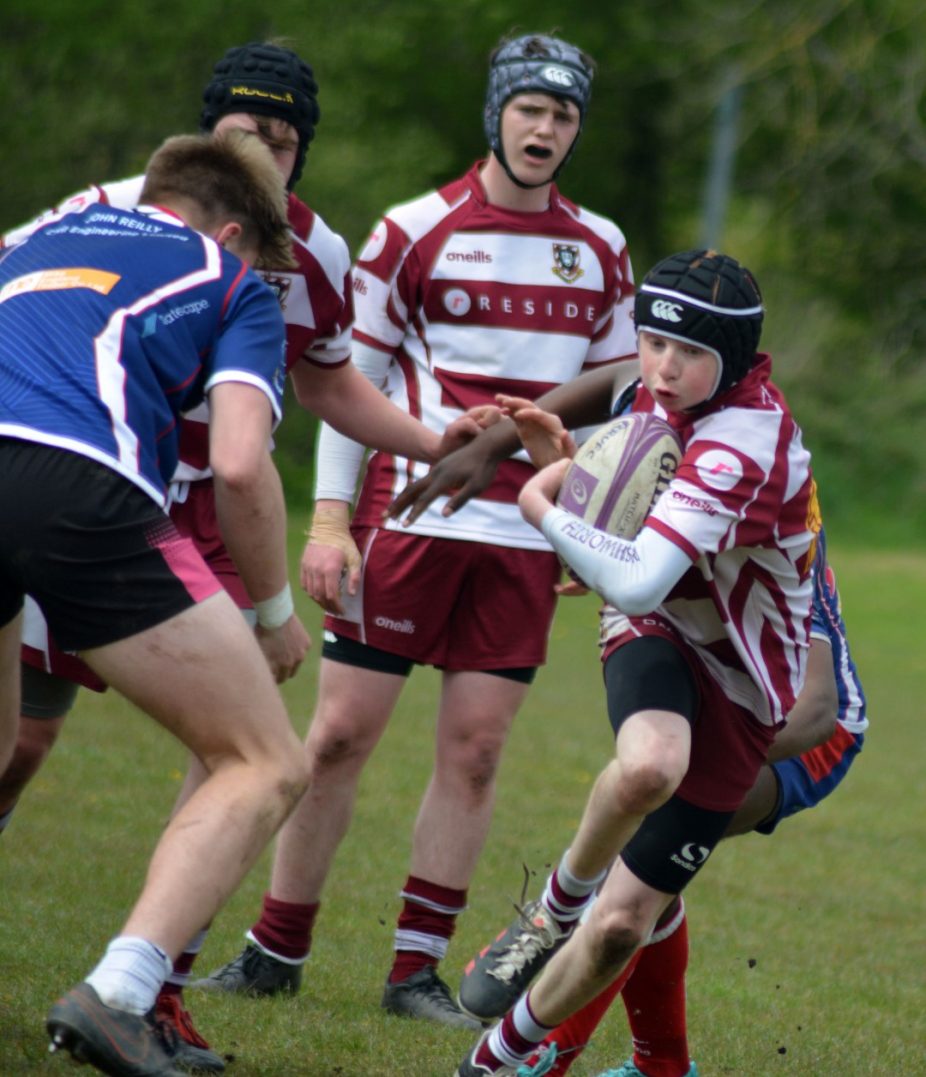 After a comfortable win the previous week against Sedgley Park, Rochdale welcomed Blackburn to Moorgate avenue. The new rules favour teams with strong dynamic backs and so Blackburn would ask a lot of questions of the Rochdale defence. Blackburn enjoyed the best of the opening exchanges and, with a good supply of ball from the lineout, they camped in the Rochdale 22. The plan seemed to be to narrow the defence before spreading the ball wide. But Rochdale’s drift defence had the answers and managed to snuff out the danger. The defence was much improved from the previous week and this, coupled with some intelligent and well executed kicking from James O’Connell and Mitch Holt, ensured the first quarter passed without any score.

The second quarter saw Rochdale grow into the game. On their first visit to the opposition 22, Nick Wright took a short pass from a ruck near the Blackburn line and powered through two tacklers to register the first score (5-0). The game was fast paced and both teams demonstrated good skills, both with and without the ball. From a well judged kick, Rochdale regained possession in the Blackburn 22; the ball went through a couple of pairs of hands before Garrett Myers took the final pass and raced 20m to the try line, riding a last-ditch tackle to get the ball down in the corner (10-0). It was inevitable that Blackburn would eventually capitalise on one of the many chances they were creating and, after a period of sustained pressure, they created another overlap and the outside centre took the try-scoring pass and crossed unopposed; taking the score to 10-5 at the end of the first half.

The second half followed the same pattern as the first, with Blackburn attempting to break through the wide channels from anywhere on the pitch and Rochdale trying to gain field position and attack through the middle. Rochdale’s strategy bore fruit first. After a kick into the opposition 22, quick ball was secured from the lineout and play was taken to just short of the line. After a couple more pick and drives, Myers was there again to apply the finishing touches and barge through the would-be tacklers to cross the whitewash (15-5). Blackburn made it a nervy finish for the hosts when they capitalised on a Rochdale error, their fly hacking the ball 60 meters to score next to the post and secure an easily converted try (15-12). It was ‘game on’ for the last five minutes, with Blackburn upping the pace of the game in search of the winning score and Rochdale’s defence keeping them at bay. It was a crucial intervention at the breakdown which finally gained the Rochdale penalty and secured possession, allowing them to run the clock down. Final score 15-12.

It was an excellent defensive display by the Rochdale back line where Zac Baker, Mitch Holt, Tom Shaw, Will Simmons, Gabe Fraser, Ben Kershaw . Ollie Simpson and Max Cooper all contributed in suppressing a very dynamic opposition back line. The forwards were excellent too with well drilled lineouts, strong carries and physical work at the rucks. Man of the match went to Garratt for his tireless carrying, tackling and leadership.