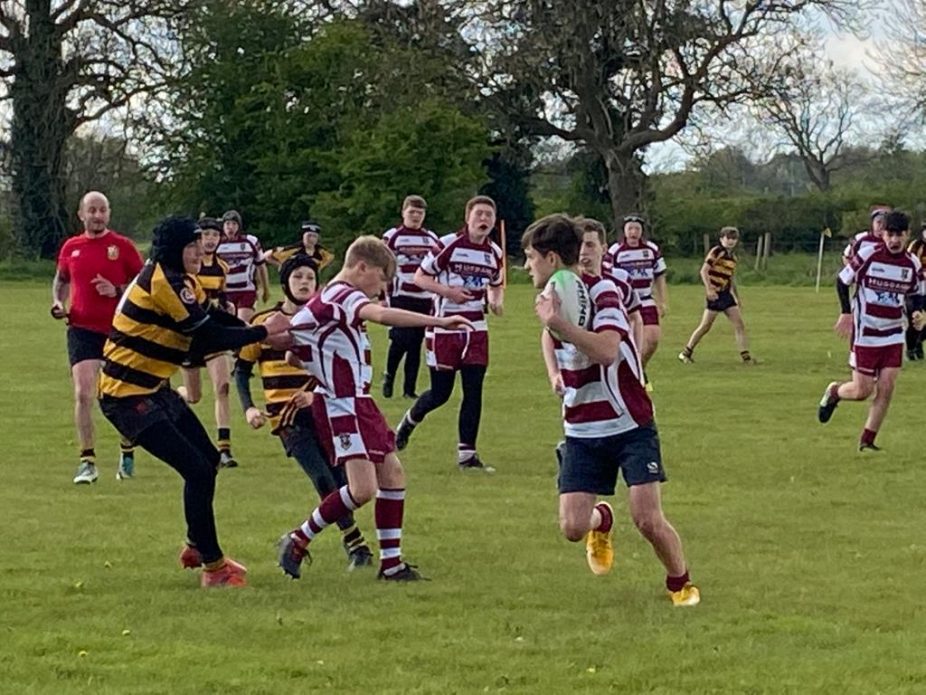 First game back in over a year, and weather conditions couldn’t have been better. Leigh are always a really strong side, and we’d picked a strong squad to face them. As a side with league influences, we knew that Leigh would always spread the ball well down the line and we’d need to be very quick, and use the line ourselves.

Full pitch, 4x 15 minute quarters. The first quarter went according to the script. Leigh showed great handling skills and stretched our line left and right. Highlights from us were some blistering forwards work .. Jethro, Max and Hari G ran some hard straight lines, getting into the rucks and presenting back. Noah Wilde had the play of the 15 for us with a phenomenal chase back cross pitch, to put in a fantastic tackle and prevent a try Leigh thought they had in the bag.

Heads went down a bit, and we started the 2nd 15 minutes much as we’d left the first. Damian, coming on for Alex was brilliant using his post-lockdown power to add to our forwards driving into the Leigh pack. But still we laboured getting the ball down the line. Because we were so shallow, the moment the ball came out past the forwards, Leigh were on top of us, smothering the space and putting us on the back foot.

When playing in defence there were numerous highlights – great tackling coming in from all parts of the park. Oli D was having a cracking game, defending the touch and forcing Leigh to come back infield. Noah K, playing his first game with us (a baptism of fire!) came into the scrum-half position, and with his improved ball distribution, our chances started to come. Charlie, Will and Oli H started to find cracks appearing in the middle of the park and we spent a period of 5-10 minutes camped on the line, Isaac was piling attack upon attack, and Leigh did well to hold us out.

In the final two quarters it was more of the same. Jonty was in the middle of everything, gluing the forwards together, whilst George marshalled the touchline, making some intelligent runs, and gaining good field position on a number of occasions. But Leighs confidence was up – 2 chips over the top and a decent bounce of the ball allowed them to widen the gap on the scoreboard further. Charlie had an amazing chase back and tackled the Leigh player inches short of the line, and line breaks from Jethro, Noah, Charlie failed to turn into the points we craved. Ben Foster played as well as I’ve seen him, covering the back line all game and making a series of great tackles to disrupt their play.

It was always going to be a tough fixture, but there were some very impressive skills on display for us today. Although Leigh averaged 3-4 tries per quarter, the boys made them work extremely hard for each one, and having shaken off a years worth of match rust, I’m expecting a really positive Tuesday training session to take into next weekends matches. Well done to all.