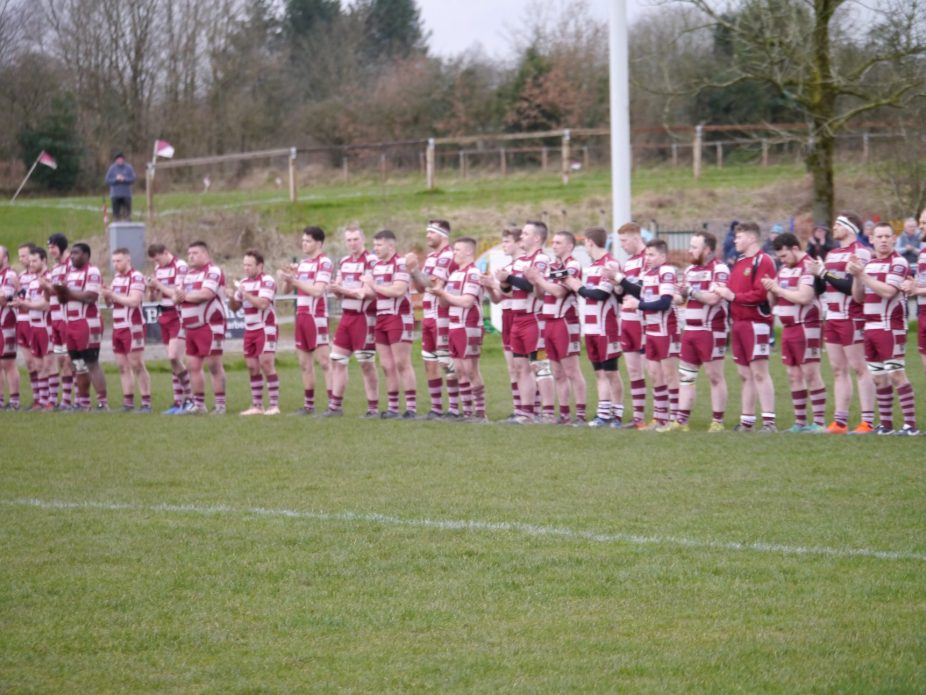 As the recent wet weather had abated, Rochdale were able for the first time in a couple of months to play this game on the 1st team pitch. This enabled them to use the wider dimensions of the pitch to test the Aspull team’s fitness. Before kick-off, both teams plus those from the 2nd team home game being played between Rochdale and Broughton Park gathered on the half way line for 1 minute’s applause in memory of long standing RRUFC member, Brian Lillis, who had recently passed away.

From the kick off, Rochdale put the Aspull defence under significant pressure and it was no surprise when Townsend popped up in the 8th minute to score the 1st try that was converted by Ahearn (7-0). Shortly afterwards, Rochdale were guilty of crossing, got marched back 10 yards for backchat to the referee which led to a penalty converted by Reeve (7-3). A promising move afterwards by Aspull was stopped when one of their players strayed offside allowing Rochdale to clear their lines. Shortly afterwards, a dropped ball by Aspull in midfield led to Nonleh forcing over for another try to Rochdale with Ahearn adding the extras (14-3). Following a period of mid pitch drives by both sides, the game sprang to life again when Macklin intercepted an attempted pass by Aspull in the backs and strolled in for another try to Rochdale that once again was converted by Ahearn (21-3). After 38 minutes, ‘Bomber’ Henry was penalised for not releasing that led to Reeve slotting over the resultant penalty (21-6). Just as the half was coming to an end, a long kick by Aspull that went close to the Rochdale line, was fielded by Duffy but unfortunately his attempted clearing kick was charged down by Molyneaux for a try that was converted by Reeve (21-13).

The 2nd half had hardly got going when Fagan was able to go through a hole in the Rochdale midfield and went in for a try that was converted by Reeve (21-20). Game on now, with both teams believing that they could win this game.  After 55 minutes, the Aspull captain Sam Kindred was shown a yellow card for disputing too strongly with the referee his interpretation of a challenge by a Rochdale player on Reeve. The game then to the end became disjointed as players from both sides lost their concentration on playing rugby and a number of incidents of a more unsavoury nature came to the fore. After 62 minutes, the referee awarded a penalty to Rochdale for Aspull collapsing a scrum. After a number of drives, Callaghan was able to get over the white line for another try to Rochdale that was converted by Ahearn (28-20 and bonus point to Rochdale). Back came Aspull now restored to 15 players and it was only a try saving tackle by Macklin and clearing kick by Duffy that prevented another score for Aspull. On 77 minutes, Nonleh picked up from a scrum close to the Aspull line and crossed for his 2nd try (33-20). The last action saw Rochdale answering back to the referee but from the resultant penalty an Aspull player was accidentally offside. This led to the referee blowing the final whistle.

A good work out for Rochdale against an Aspull side that played well and to the end. Nonleh was rightly the man of the match, but mention must also be made of Reeve, the Aspull fly half, who showed his class and poise from playing in the recent past at a higher level of rugby.

Attention now switches to next week’s game away at Bolton where Rochdale will need to be at their best to maintain their push for promotion from this league.